In January of this year, Howard Stern was very worried about Yoda, an 8-year old Persian cat and one of many that lives in his home under the watchful care of his wife, Beth. Yoda had to go to the dentist; his breath was abysmal and he needed a checkup. But Howard was worried. Yoda is a good cat, the “greatest cat ever,” and his loss would be too much for the king of all media to bear. Aside from Yoda’s role in Howard’s life, Yoda has a very important role in the Stern household: He oversees the vast number of foster cats that Beth Stern adopts, serving as their guide to the vast wonder of the world contained within the walls of Howard and Beth’s palatial homes. Yoda’s job is crystal clear to me, but there are other issues with this situation that I wonder about frequently. Most glaringly: How on earth can Beth Stern maintain this lifestyle for the hundreds of cats that pass through her doors?

Beth’s foster program is well-known to casual fans of her husband, Howard, as well as others involved in the cat fostering community, but became well-known to me via a good friend. Over the course of the pandemic, I fell into a habit of listening to Howard Stern, and my experience with the show—overall a positive one—colored my experience with Beth’s life’s work. If Howard Stern, a man who once asked Carmen Electra to ride a Sybian on live radio, is also a cat guy, then whatever Beth’s doing with these creatures is working.

These cats occupy much more of my time than any other animal, including my own—and it is much easier to keep up with them because of Beth’s Instagram, where the woman shares minute-by-minute updates on the cats that she’s found through her vast network. Every cat that enters the Stern household gets to live like royalty for the duration of their time under her roof; friends and I have discussed the logistics of fostering the number of cats that Beth does while also maintaining the livelihoods of her full-time cats—Yoda, Helen Rose, Walter, the Moosh, and my favorite, the naughty Pebbles Stern. The permanent residents of the Stern cattery are merely observers of the chaos that must reign in the basement of that home. The foster cats are Beth’s concern, but Howard loves all their cats; Beth’s Instagram shows Howard’s affection for her little wards in intimate, stirring detail.

Cruising through Beth’s feed, it seems that at any moment, there are anywhere from 10 to 35 foster cats roaming around the gargantuan basement of their Long Island home. I’ve wondered if the basement smells like a litter box and agonized over the logistics of how many restrooms per cat and who has to maintain the litter boxes. Additionally, the idea of integrating animals as petty and particular as cats fills me with dread. But Beth’s feed neatly excises any introduction issues or arguments between the residents, leaving only photo after photo of cats in various degrees of disarray, all waiting for their big stay Chez Stern, which seems like a five-star hotel for cats and for humans, three-and-a-half.

The breathlessness with which Beth runs the whole operation is the most fascinating part to me. Earnestness is overrated, but the kind of earnestness that grips all foster care volunteers and the brave people that trap and neuter feral cats is of a sort that I generally let slide. Beth is a frequent updater, and, crucially, she keeps me on her toes by breaking up the stream of updates about eyeless kittens and happy adoptees with intimate videos and photos of Howard holding Helen Rose, the British shorthair with a bad attitude, like a large baby. To be clear: It’s too many cats for most normal people and otherwise would be approaching a hoarder situation, but Beth and Howard are wealthy in both capital and free time, so it all works out in favor of the cats.

G/O Media may get a commission

Arguably, Beth Stern is an influencer, but instead of using her platform to tout hydration supplements and tummy tea, she’s working towards a greater mission: to re-home the many bedraggled but beautiful cats that come her way. The voice of the posts is purely unvarnished and completely genuine, in a way that distinguishes Beth’s foster organization from others that I follow. When each cat in her care finds its forever home, Beth “shares the news” with them as if they’re capable of comprehension. Perhaps in years past, I’d find this affectation grating, but now, as I look at this photo of Dipsy Doodle, a cross-eyed tabby who has just heard the news that she’s being adopted, I wonder if there’s a bit of Dr. Doolittle-esque magic about Beth’s touch. Is Dipsy Doodle’s face that of an animal who just heard (and understood) a bit of very good news, or is that its default face? We’ll never know, but the beauty of Beth’s Instagram is that I am fully invested in the fantasy.

Of particular interest to me now is Grogu, an off-white Persian kitten who is essentially the baby version of Yoda. Recently, he was shaved due to painful mats in his lush fur, and though he is suffering from the same heart condition that plagued Yoda, he appears to be thriving under Beth’s watchful eye.

“Wow, Grogu!” Howard says in his sonorous tone, as he bats a cat toy in and around this precious angel, who flits about his master’s large slippered feet as he plays. “This is a cat that couldn’t even walk when he came to us,” Beth says.

The proof is in the pudding. Beth Stern is magic. 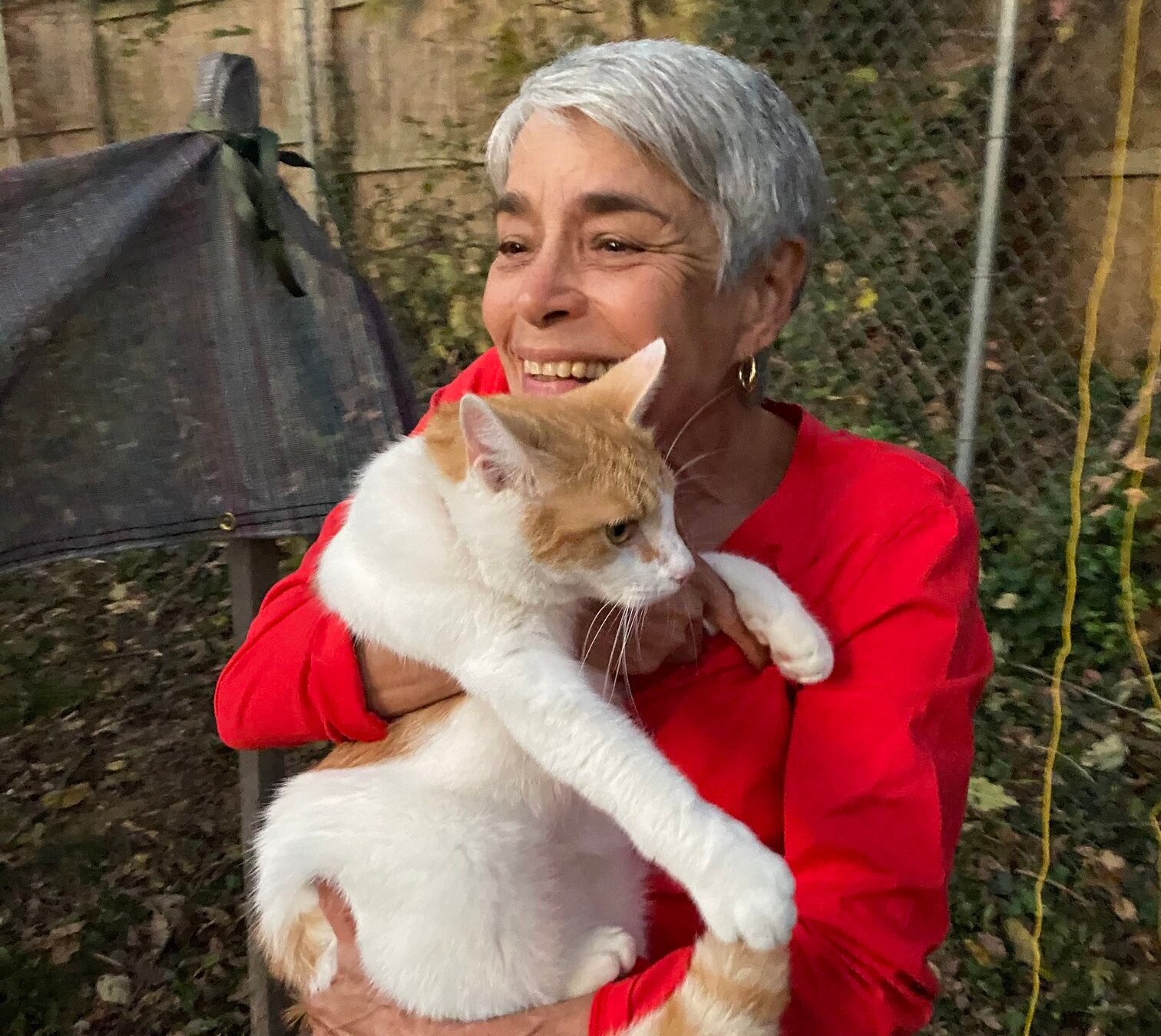 Hank, a DC Cat, Was Stuck in a Tree for Five Days. Here’s the Story of How He Came Down 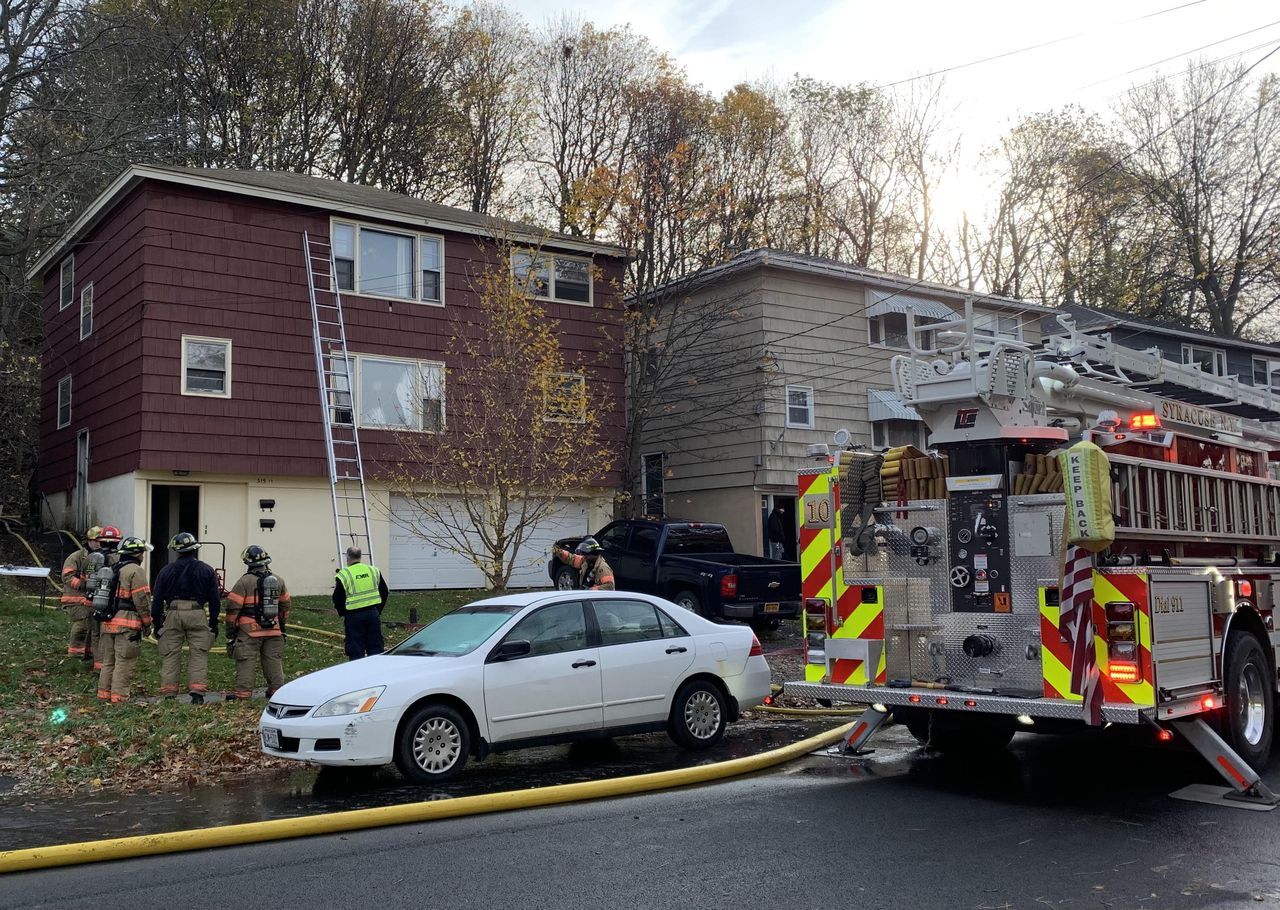