Wondering whether cats can see ghosts is one of many legends surrounding fascinating felines, but it’s not just during spooky season that they mesmerize us with their magical associations and folklore.

The witch’s familiar is old hat, as kitties slink through all types of supernatural stories. Ancient Egyptians didn’t exactly worship cats, but instead considered them full of divine energy, especially that of Bastet (or Bast), a cat-headed goddess. Norse mythology hints the Norwegian forest cat is perhaps an incognito fairy or goblin—one look into their eyes reveals the truth! Sailors the world over rarely left port without a few polydactyl (extra-toed) pussycats prowling the decks to ensure safe travels. And while an old English wives’ tale states that black cats presented as wedding gifts bring good luck, Scottish and Irish folklore quivers with the ramblings of the cat sìth, a dark kitty that searches the countryside for souls to steal.

With these and other myths, it’s not really a stretch to ask if cats can see ghosts (we wondered whether dogs can see ghosts, too!). After all, they’re remarkable creatures.

How Cats’ Senses Differ From Humans

One possibility for why we think cats see ghosts is due to their innate abilities. Author Jackson Galaxy is a cat behavior and wellness expert. His unscripted show, My Cat From Hell, which offered helpful tips for cat guardians and their favorite felines, aired for 11 seasons on Animal Planet, and some episodes are still viewable on Discovery+. He says the senses of cats are more heightened than those of humans.

“For instance, their low light vision is far superior to ours. Between dusk and dawn, these crepuscular hunters needed to be able to see at low light or almost no light, depending on the moon, in order to still catch their prey,” Galaxy says. “They also have the tapetum lucidum, which is a layer of tissue behind their retina that collects all the light and then reflects it back, essentially generating light in their eyes when there is none.”

RELATED: Can Kitties See in the Dark? Here’s How Your Cat’s Night Vision Differs from Yours

Galaxy says that cats have other spooktacular senses:

He adds there are also theories that cats see in the ultraviolet range, giving them the ability to spot things unnoticeable to the human eye. Is it a mouse in the wall—or something else?

Galaxy thinks it’s possible. “If you believe in the spirit world, as I do, then it’s much easier to take the leap that your cats are experiencing something in a realm that’s beyond the physical, rather than just staring at a blank spot on a wall,” Galaxy says. “With all of a cat’s heightened senses together, if there are ghosts or spirits available to us in our physical realm, cats will be able to sense, see, and experience them far more quickly than we can.”

So the real question is, do you believe in ghosts? According to a 2019 YouGov poll, approximately 45 percent of people surveyed do, which might support Galaxy’s theory. After all, some people credit their heroic kitties for alerting them to cancer or meowing endlessly to help rescuers find their missing guardians.

Courtesy of Andrew Marttila Cat behavior and wellness expert Jackson Galaxy, star of Animal Planet’s My Cat From Hell and author of five books, says, “With all of the heightened senses of cats and their intense sensory abilities throughout the millennia, do we really believe they’re wasting their talents looking at a spec on a wall hoping it will move, or just distracted by a shadow?”

Additionally, Galaxy adds that in more than 30 years, his personal and professional experiences and those of pet parents he’s helped suggest that cats especially notice when a human or animal companion passes.

“Within a few days, they notice their cat staring at a certain area, perhaps where the deceased used to sleep, or their favorite chair, or a wall where their picture hangs. They stare and may get agitated or their behavior changes in that area,” he says. VCA Animal Hospital cites studies that theorize cats do mourn—but whether they’re actually discerning the presence of ghosts or spirits is difficult to confirm.

However, since animals unapologetically sense something and interact with it without an excuse or ulterior motive, Galaxy says, “I believe it’s safe to say they’re experiencing something that we cannot.” And that revelation alone is enough to give you the shivers just thinking about it!

Are Ghosts Afraid of Cats?

There’s not a lot of evidence (nothing truly qualitative, anyway) to support that ghosts are afraid of cats. A random hiss or sudden tail floof might be more the result of a bad dream, and not that your puddy tat is preparing to paw off with a poltergeist.

But, if there are ghosts and spirits among us, Galaxy says cats can potentially be spooked by them, just as they would by a human who started “screaming or moving in an unpredictable way, even if the cat knows that human well.”

Regardless, we’re keeping Fluffy on the cat bed nearby. You know, just in case we need backup.

Cape family reunites with cat who disappeared in August 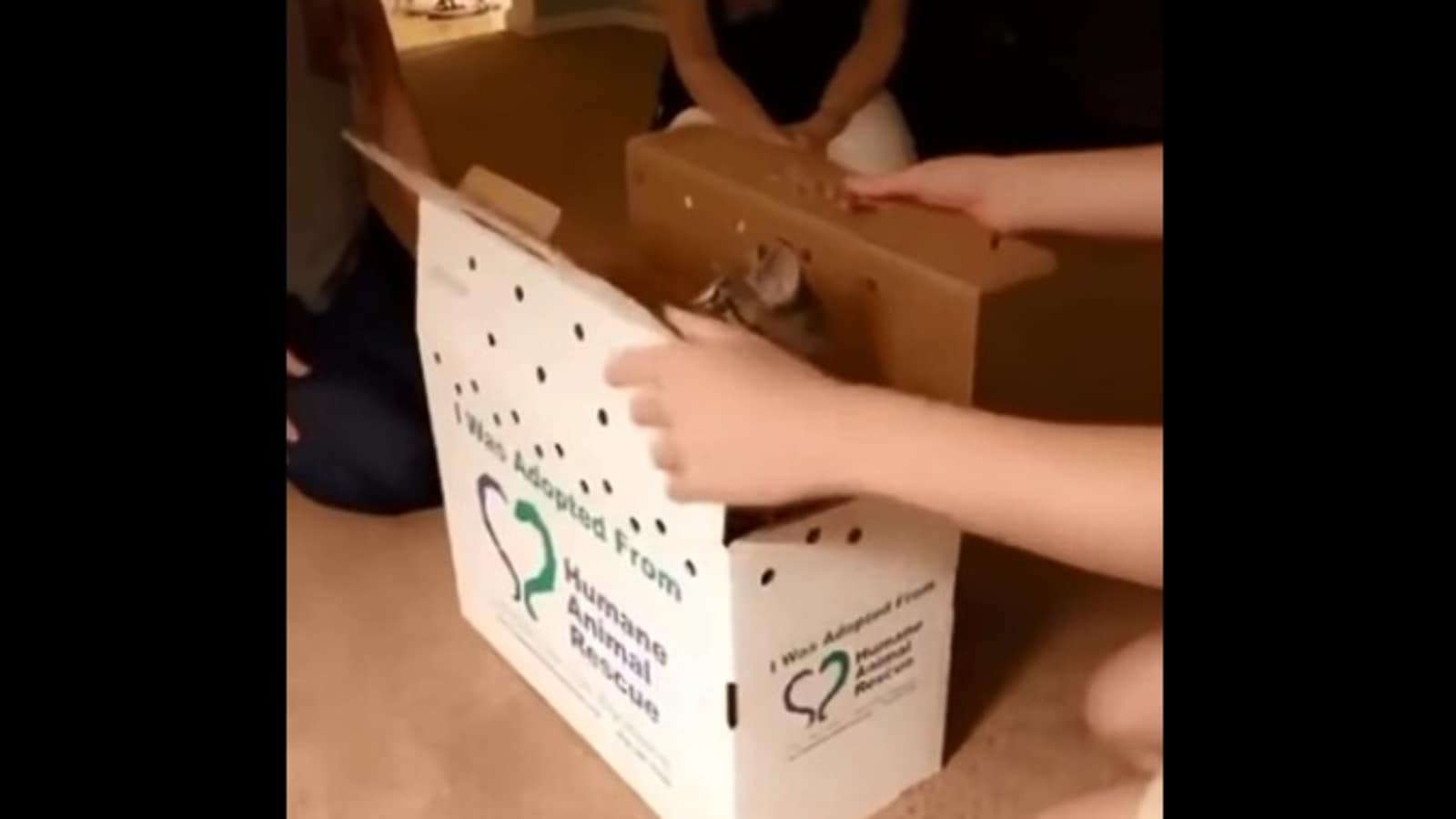 Cat comes out of a box, another feline’s reaction to it is priceless. Watch | Trending