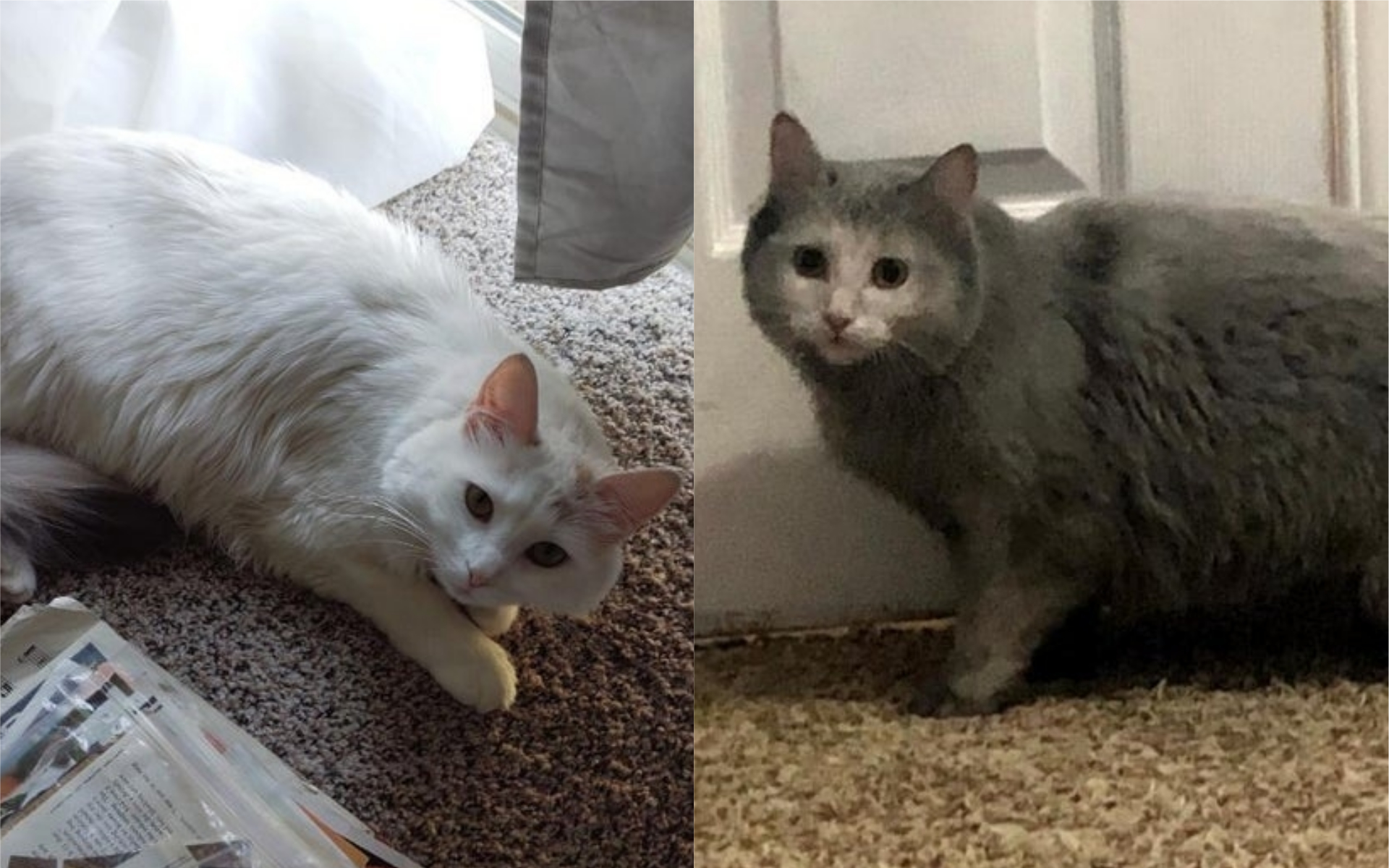 A cat has undergone a dramatic transformation after finding her way into her owner’s fireplace with predictably hilarious results.

Kitty went viral on Reddit after her owner’s brother, John Jacob, shared a series of before and after pictures chronicling the noticeable change in her appearance.

The post, titled “My brother’s cat got into the fireplace,” has earned over 19,000 upvotes on Reddit thanks, in no small part, to Kitty’s surprised expression in the accompanying photos.

The accompanying images show how Kitty went from a gloriously white, fluffy cat to a decidedly gray and black feline with only her face remaining unblemished from her fireplace adventure.

“Enjoy your new gray cat,” fuzzytradr quipped. “Thought it was two different cats,” Snazzy_SassyPie said. “I just cackled out loud,” dinosupremo commented. “Looks like a totally different cat! Got colored almost so well but for the face. This is great.”

For some users, like Nicksiee, it was the cat’s stunned reaction that made the picture so funny. “That first picture killed me,” he wrote. “That cat knows it made a mistake but is trying to sneak away and pretend it didn’t happen.”

HumbleNecessary5433 agreed, branding it: “The face of regret.”

Speaking to Newsweek, Jacob explained that his brother sent him the pictures of Kitty after returning home from work to find a scene of utter chaos—and a very dirty cat.

“He was out of the house and came home to a messy cat and messy carpet tail marks everywhere,” he said. “The fireplace was in a disastrous way. All he could do was take a picture.”

The carnage wasn’t just restricted to the room with the fireplace either, as his brother quickly discovered his cat had been “carting around the ash all over the house.”

Needless to say, it all took quite some time to clean up with Kitty alone requiring “an hour of cleaning using a water vacuum.” Thankfully both the brothers—and the internet for that matter—were able to see the funny side.

Cats have a habit of winding up in the strangest of places around the house. That’s down to the fact they don’t have a rigid collarbone that might otherwise prevent them from accessing some enclosed spaces.

According to Dr. Marty Becker of VetStreet, problems can arise when an overweight cat attempts to enter a small space without realizing they don’t fit.

“That’s because a cat’s whiskers—super-sensitive specialized hairs—spread roughly as wide as a cat does, normally allowing the cat to gauge where she can slide through,” he said. “But they don’t grow longer as a cat gets wider, which often leads corpulent cats into sticky situations.”

Kitty isn’t the first cat to end up in an adorably awkward situation, of course.

Prior to that, a cat found itself at the center of an optical illusion thanks to a video which appeared to show the feline skewered by a potato masher. 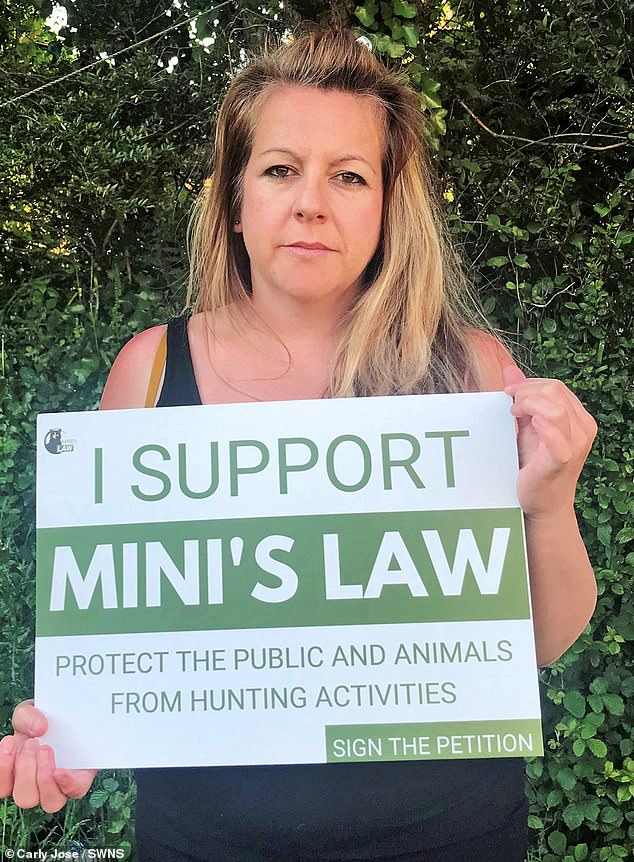 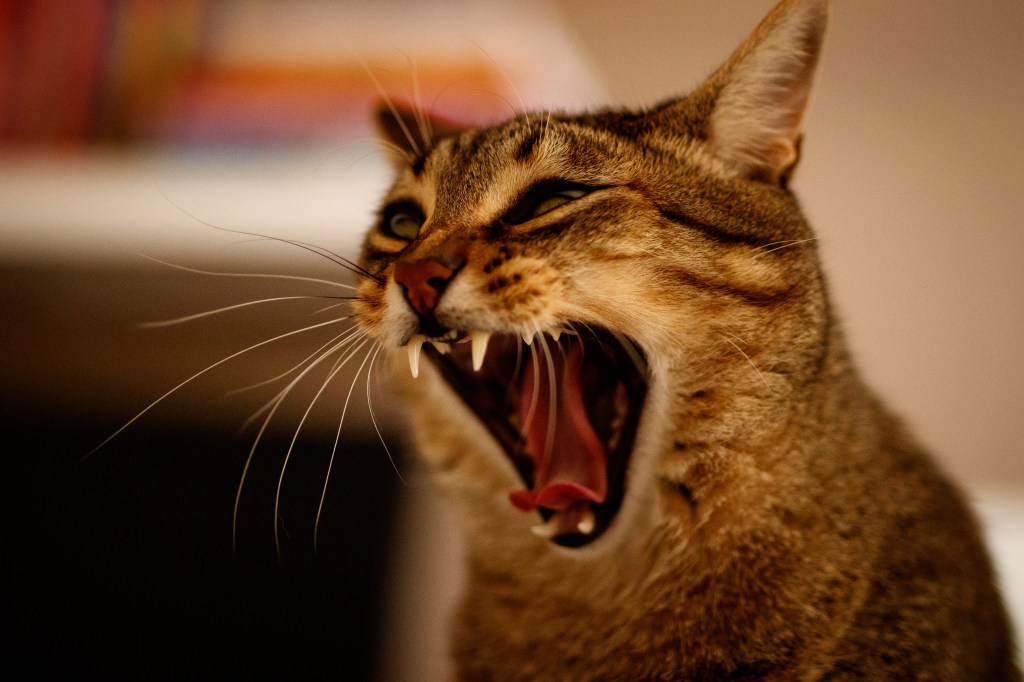 What is Fremont cat trying to tell her owner by yowling?