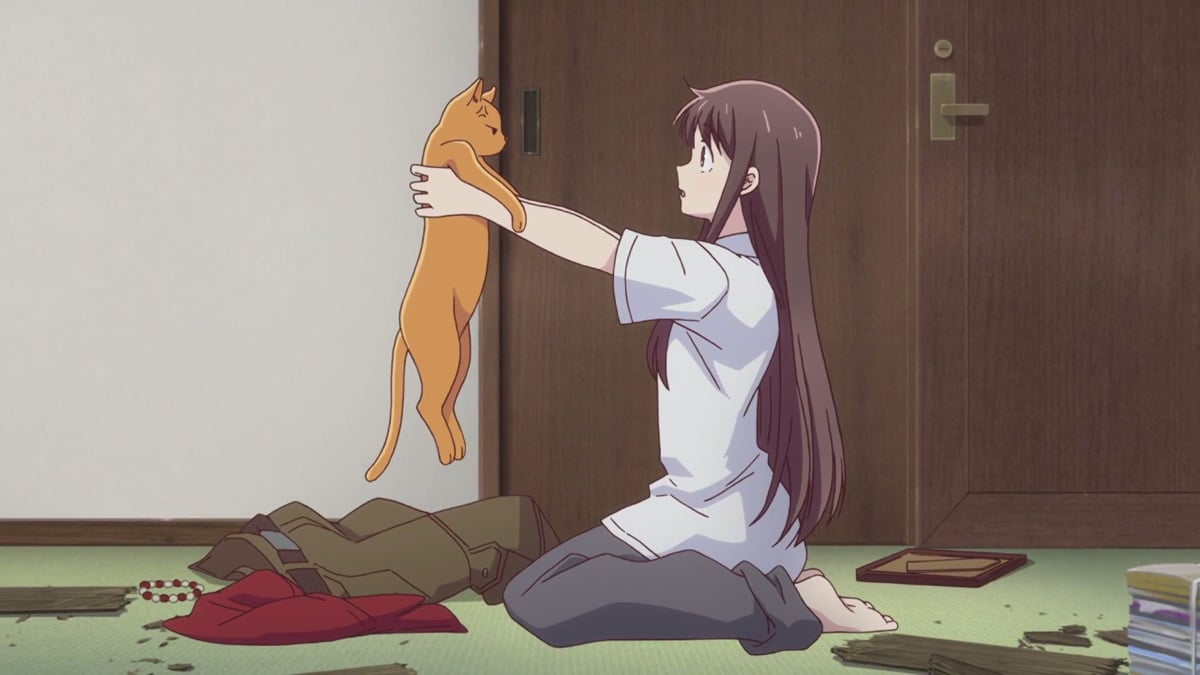 You’ve probably noticed my unapologetic love for “Am I The Asshole” (AITA) posts, as I use them to remind myself that no, I did not make up the heinous people I’ve run into as I make my way through this thing called life. Sometimes, I think back to the woman who knocked over an arrangement of Nintendo Wii display boxes because I told her she couldn’t return a game she bought six months ago.

I think about that woman and say, “Wow, I had it pretty easy, I guess,” compared to an average AITA post.

Except with this story, as this one is just hilarious.

Before we proceed, I should inform you that Jorts, in this scenario, is a large, orange cat. Jorts is one of two workplace cats (the second being Jean, a tortoiseshell cat). Jean has been in the workplace for years while Jorts is the new guy added to the payroll, and if you own multiple cats, you know there’s an adjustment period that goes with that.

Jorts is a good boy who is trying his best, but he’s just not as capable as Jean. Jorts, for example, can’t open the door to get out of rooms even if the door is ajar. As someone with three cats, I can attest that not every cat can figure out how to get out of the room without pushing the door closed instead of pawing it open enough to shimmy their way out.

My three buttheads vary in intelligence, as my baby girl, Carter, has figured out how to open the sliding door to my home office by laying on her back and pawing under it enough to get it to move. Her chunky brother, Clayton, is like Jorts, maybe even worse, because Clayton is prone to flopping down on the floor and giving up on life (a mood, tbh). My wife and I’s eldest cat, Puppet, is somewhere in the middle, but is mostly fed up with the two siblings and will just meow at us whenever they cause a scene.

Basically, what I’m trying to say is that sometimes, cats just be like that, but that’s not how coworker Pam (not her real name) sees it.

Pam seems like a real go-getter, but maybe in the wrong areas since these are, you know, workplace cats who are there to put a smile on people’s faces. According to the post, Pam’s been trying to teach Jorts all sorts of things, but there are probably more important things to do than try and teach a cat how to open a door at work, especially when, 1) Jean the Cat has decided to be the one to let Jorts out when he gets trapped in a room, and 2) you can just put down a doorstop.

Pam, however, thinks this is depriving Jorts of the “chance to learn” and I would say that this is all fake news if not for the fact that I know full and well that there are folks out there who are VERY passionate about teaching animals how to do things.

Things come to a head when the OP makes a joke about the two cats, saying, “You can’t expect Jean’s tortoiseshell smarts from orange cat Jorts.” This greatly upsets Pam, who not only starts crying but sends an email to everyone about how the OP was, apparently, “perpetuating ethnic stereotypes” by questioning Jorts’ intelligence.

You know how they say “this could’ve been an email” when folks insist on coming together to talk about stuff that could be put into a single sentence? This feels like the reverse of that, as sending an email like this to the entire workforce means that, well, HR is now involved.

Why’d you have to compare it to “ethnic stereotypes,” Pam?

Fortunately, HR took it all in stride.

What’s this about buttering cats?

So HR talked with Pam and things went well, according to the OP. HR was, understandably, concerned that Pam was linking ethnic stereotypes to fluff nuggets, and HR also addressed the fact that Pam, apparently, was assigning staff members with Jorts-related tutoring? After coming to the realization that Pam is trying so hard because she’s new on staff (she used to volunteer), a list of improvements is made that is making me laugh way too hard about the situation.

The update we’ve all been waiting for pic.twitter.com/xQG97XOjuQ

Jorts will be treated better around the office. For example, Jean had a cat bed and Jorts had an old boot tray to sleep in. To be fair, that’s the bed Jorts chose, and while the gesture of a bed upgrade is appreciated, chances are Jorts is just gonna wander into the boot tray again. Only one of my three cats sleeps in a bed, for example (Carter), while Clayton will, sometimes, try and snuggle against a pair of shoes while Puppet really likes using video game controllers as pillows.

I don’t make the rules in this house, the cats do.

Still, Jorts should be given the option, I suppose. Jorts should also have a picture for his staff bio and not a photo of a sweet potato.

Is this all extremely comical and unnecessary? Probably, but I’m betting it’s the most entertained HR has been in a while, especially when discussing the “margarine on cats” thing.

I guess Pam was putting margarine on Jorts in an attempt to get him to groom himself better? I wasn’t aware this was a method that could be used, most likely because you shouldn’t butter your cat??? Especially when the other cat has decided to groom said cat?????

I AM LAUGHING SO HARD MY ABS HURT pic.twitter.com/Ba167ZACAN

I’m glad the OP decided that they would be the ones in charge of the cats, despite HR suggesting that Pam be given cat duties. Pam means well, but we should probably draw the line at treating the cat like fresh corn on the cob.

Want more stories like this? Become a subscriber and support the site!

—The Mary Sue has a strict comment policy that forbids, but is not limited to, personal insults toward anyone, hate speech, and trolling.—

Have a tip we should know? [email protected] 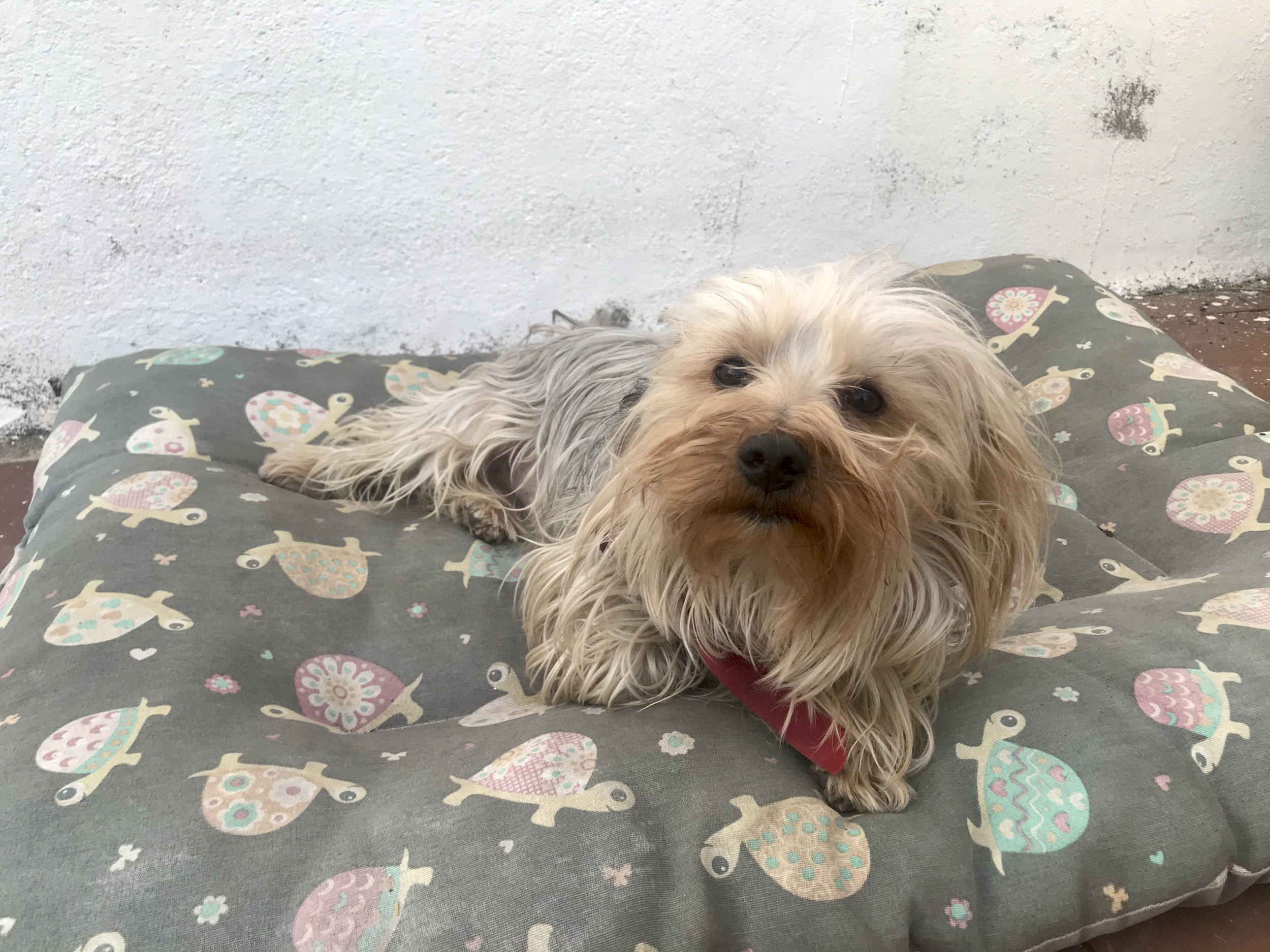 Dog Hilariously Freaks Out After Being Put on Towering Cat Post: ‘Afraid of Heights’