For some reason, cats love boxes.

Adopting the “if I fits, I sits” mantra, cats will find their way into or on top of boxes, and sometimes will drive their owners to the brink of frustration. If you don’t believe it, just ask Jessica Gerson-Neeves, 40, of Victoria, British Columbia.

In a Jan. 2 Facebook post, Gerson-Neeves messaged the blender company Vitamix with the “weirdest contact you’ve ever received,” detailing the stalemate involving her and her three cats: Max, Lando Calrissian and “George, Destroyer of Worlds.”

Gerson-Neeves said she and her wife, Nikii, 38, have long wanted a Vitamix blender. The couple saw there was a Black Friday sale on a blender on Amazon and decided to buy it.

They were ecstatic about it arriving on their doorstep, so the couple brought it inside and put it on the kitchen floor. But “that was the first mistake.”

Gerson-Neeves said seconds after the box was put down, Max, the youngest cat also known as “the sentient soccer ball” and ring leader of the cats, hopped on the box.

“That was the beginning of the end,” she wrote.

Two and a half weeks later, Gerson-Neeves said the box has constantly been occupied and under guard by at least one, sometimes two, of her cats. With the cat-to-human ratio in the household favoring the felines, the couple is “frightened of and unwilling to forcibly relocate the offending cats,” so they have yet to even open the box. Instead, the couple has just carefully nudged the box around their home to get it out of the way.

Gerson-Neeves doesn’t know why they are so attached to the box, but she does have a theory.

“I think it makes them feel the kind of like king of the hill,” Gerson-Neeves told USA TODAY.

The self-dubbed “The Great Vitamix Incident of 2021” and “#Appliancegate” has since become viral. Gerson-Neeves posted photos of the cats and ordeal first in the Facebook group “THIS CAT IS C H O N K Y” and has documented the ordeal.

So what does the couple want done? It’s not another Vitamix blender, but rather a “stranger but far less expensive request.” Empty boxes.

“Is there – I cannot believe I am honestly asking this – any possibility at all that y’all would be willing to send us three (the number is very important, as there are three cats and we need there to be one extra so we can hopefully get the actual blender out of the box) empty Vitamix boxes?” Gerson-Neeves wrote, adding other cardboard boxes don’t have the same appeal. “This stand-off seems to be Built To Last, we’re afraid that this may be our only way out of the situation in which we find ourselves.”

The cat owner admitted she was ashamed of the request from “absolutely bonkers middle-aged lesbians” and dreaded a response. The post to Vitamix has now over 13,000 reactions on Facebook and even got the hashtag #sendtheboxes.

As strange as the request was, Vitamix responded by sharing the story and asking any pet owners to share if their pets loved smoothies or boxes. And yes, they have gotten additional boxes.

The couple have three decoy boxes, and they plan to fill them up with random things in hopes the cats will claim them, leaving the blender box unattended. Also, don’t suggest to just pick up the cats from the box, because in their eyes, that’s cheating. People can check the progress of #Appliancegate on the cats’ official Facebook page.

“We have to outsmart the cats. It’s a battle of wills now,” Nikii Gerson-Neeves said.

The couple acknowledged they know their cats wouldn’t seek harmful revenge on them if they got rid of the box, but seeing the responses they’ve gotten has shown them how funny and random cats are. They hoped the Facebook post would be a laugh out of Vitamix’s social media team, but they soon realized they were making thousands of people laugh.

“We’re having way too much fun letting this play out,” Jessica Gerson-Neeves said. 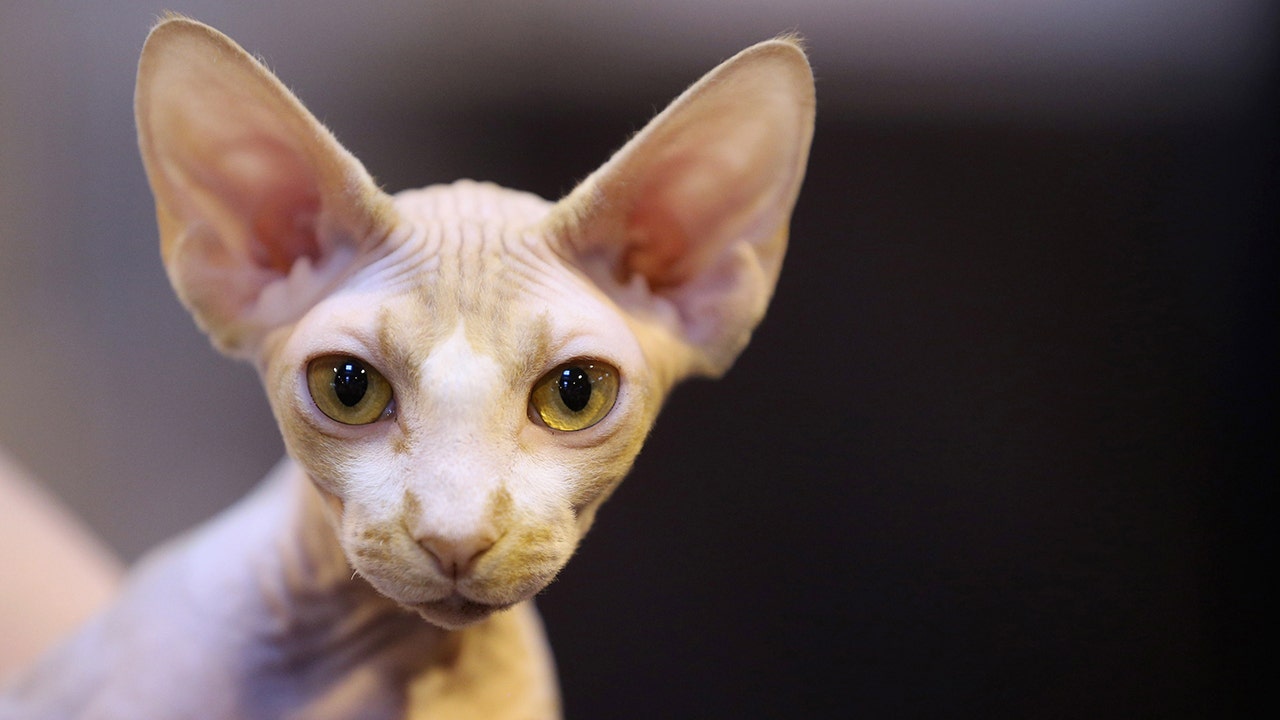