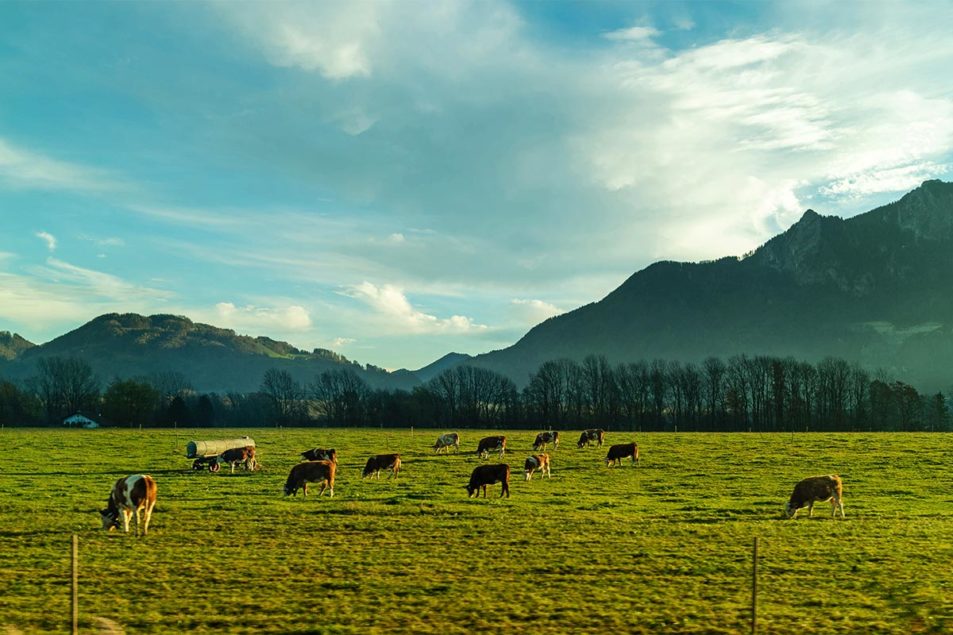 KANSAS CITY, MO. — The notion that rendered animal ingredients and byproducts are not good solutions for companion animal nutrition is not only inaccurate, but ignores a significant opportunity to improve the sustainability of the pet food market, the animal agriculture industry and add value back into otherwise wasted ingredients.

“I really think there’s an awesome message here and I think it’s something that we need to share with as many people as we can, to our consumers, and to our customers going forward,” he said.

“We have got to find alternative uses for the bones and the fats and the trimmings that come off of these animals after they’re harvested,” Pond said. “…There are all sorts of types of materials that we really need to utilize in the best way that we possibly can, one to honor that animal’s life, but also to get as much value as we possibly can from that animal’s life.”

In 2019 alone, more than 45 billion lbs of cattle, over 66 billion lbs of poultry and more than 37 billion lbs of swine were harvested in the United States. Given the relative percentage of “human-inedible” materials from these animals, this resulted in more than 56 billion lbs of raw materials recaptured and repurposed for use in many industries according to Pond. This includes amino acids and fatty acids that are valuable for pet nutrition.

JBS specializes in producing rendered products including byproduct meals and tallow, producing approximately 15.7 million tons of these products annually. To put that in perspective, Pond equivalated that weight to that of 2.4 million elephants.

“It’s quite a bit of material that we’re making every year that’s very, very important to our economy, to animal agriculture… and to pet food,” he said.

Another key product of rendering is water. By removing the moisture from animal byproduct ingredients and collecting it as condensate, renderers can treat and repurpose that water for use in irrigation and other purposes. Annually, this process results in 3.7 billion gallons, or 29.6 billion lbs of water released back into the environment each year, the equivalent of 1,104 Mississippi Rivers, Pond said.

Additionally, JBS receives meat slurries in totes that can be inspected, ground and turned into frozen meat ingredients for use in pet food formulas. Those ingredients — which are not rendered or cooked, but frozen fresh into blocks — are sold directly to pet food producers as a sustainable source of amino acids, proteins and fats.

“This area of business is really growing for us. We’re seeing a huge increase over the next few years in this area.”

Overall, Pond shared that there are 8.9 million tons of rendered protein meals produced annually in the United States, of which 1.5 million are used in pet food formulations. Additionally, 6.3 million tons of refined animal fats are produced through rendering each year, of which 289,000 tons are used in pet food. These rendered protein meal ingredients alone are worth $562.6 million in the ingredient market.

If all US pet food producers were to replace these animal protein and fat ingredients with plant-based materials, farmers would need to plant and harvest 11 million additional acres of soybeans and 2.6 million additional acres of corn. By using rendered protein and fat ingredients, pet food producers can significantly avoid pressure on farmlands and the environmental impacts of the resources needed to produce those plant-based ingredients.

Rendered ingredients also pose an opportunity to reduce GHG emissions, a major stressor for climate change. In his presentation, Pond said rendering facilities sequester five-times more GHG from the environment than it emits and, compared to industrial composting operations, emits at least 90{c93c05115eae7b2853c4a44517667f24b04dafe21463d3cb653b86ff5269b0fa} less GHGs. Rendered fats, or biodiesel, can also be used instead of petroleum diesel to reduce GHG emissions by 72{c93c05115eae7b2853c4a44517667f24b04dafe21463d3cb653b86ff5269b0fa}.

In short, Pond explained rendering as a historically sustainable facet of animal agriculture that can benefit the pet food industry and other industries as we mitigate the increased global population and its resulting environmental repercussions.

“As you know, we’re going to have to utilize these proteins and fats in some way, whether it’s composting or rendering or in pet food,” Pond said. “It’s very important that people understand the actual science behind the byproducts and that we’re not painting a negative picture behind these byproducts because they’re so, so important to the sustainability of animal agriculture.”

If these ingredients are better understood in the pet food industry among both brands and consumers, they can be used to as an opportunity for both economic and environmental value going forward.

Pond closed his presentation by offering a challenge to his fellow pet industry members.

“How can we use some of this data to help paint a sustainable message and picture for pet food?” he asked. “How can we work together to stop demonizing animal byproducts, as they’re such an important part to animal agriculture?

“…The future is very bright. We have a great message to tell. We just need to paint a more accurate picture, so I challenge you with that,” Pond concluded.

Read more about sustainability in the pet food and treat supply chain. Young Pets: There’s Much to Know About Puppy, Kitten Care