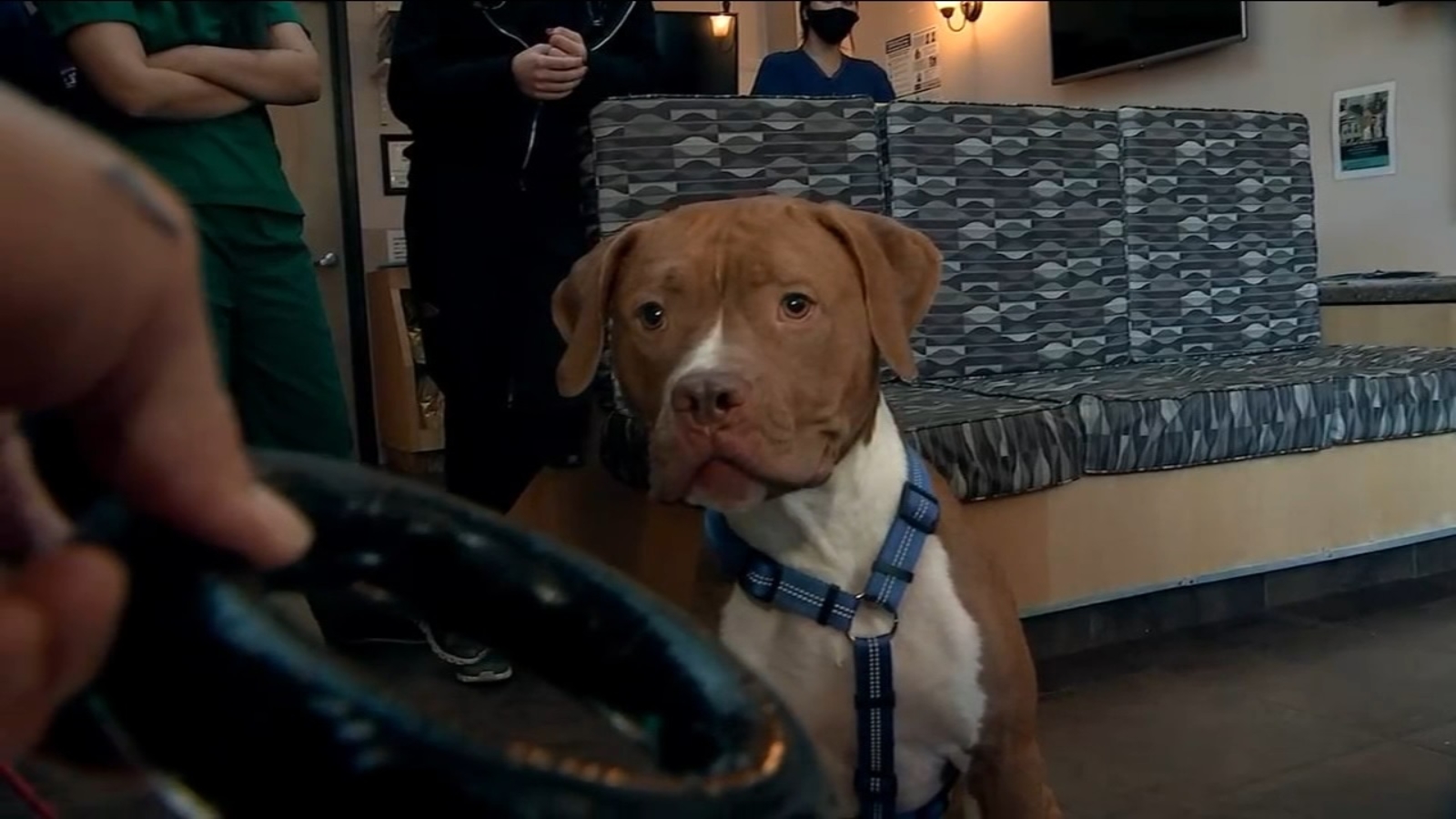 HUNTINGTON, Long Island (WABC) — Two-and-a-half-year-old Pit Bull mix ‘Hansel’ was having a ball on Thursday as his owner Kelly Skinner and other kind-hearted people at West Hills Animal Hospital showered him with attention.

It was a much different situation on Sunday – terrifying actually – as Hansel’s owner Kelly, and her fiancée say it was a ball that nearly killed him because it became lodged in Hansel’s throat.

“He started turning blue. It’s so scary, it’s like a child,” said Skinner.

This was only 20 minutes after another dog – a Doberman, was raced to the hospital for the very same problem.

“The weather was great, so I’m sure everybody wanted to play with their dog, but yeah, I’m sure it was a strange day,” said Dr. Madeline Romer.

A technique was used by Dr. Kristie Williams – it was something she had seen years ago in a training video. She was popping the balls out of the dogs’ throats by applying just a bit of pressure from the outside.

“It’s obvious when you see it, but it’s not something that most people will think to do at first,” Dr. Williams said.

It has been about a year and a half since the hospital has even seen a dog choking like this, but it is the very first time the ‘external extraction’ technique has ever been used at the location.

The vets are hoping to educate people about the technique. They also say dog owners should be aware that balls can lead to choking. In Hansel’s case, it was a very close call.

“It was just in the nick of time, and unfortunately there are dogs in that situation that don’t get here in time,” added Dr. Williams.

Now, Hansel is ready to play fetch every day again. 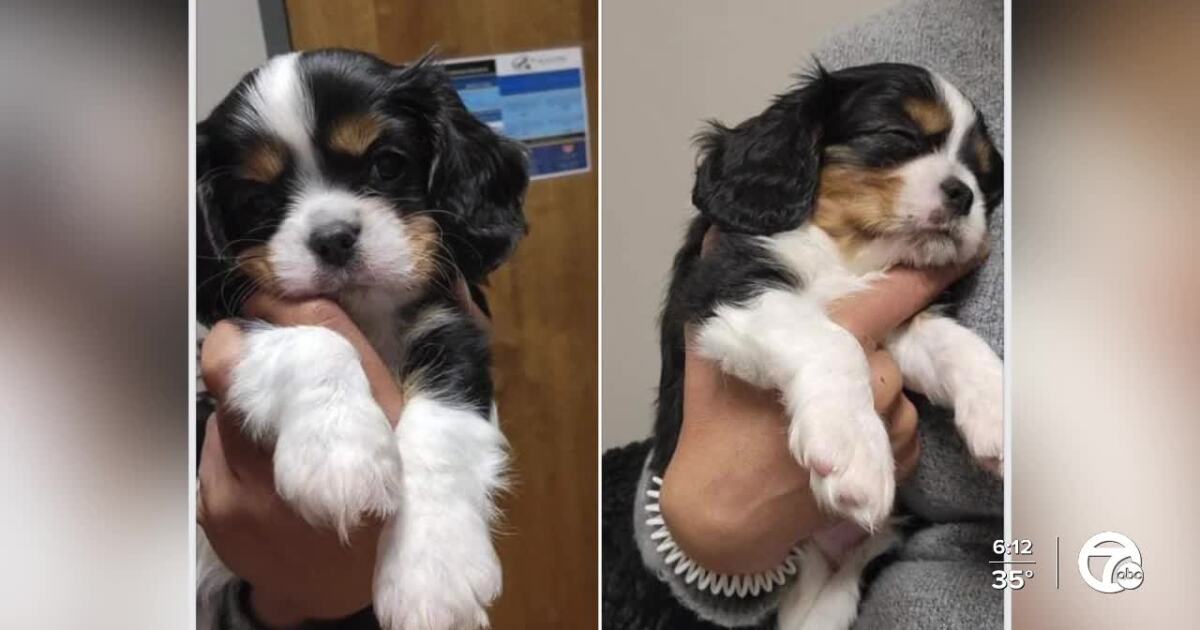