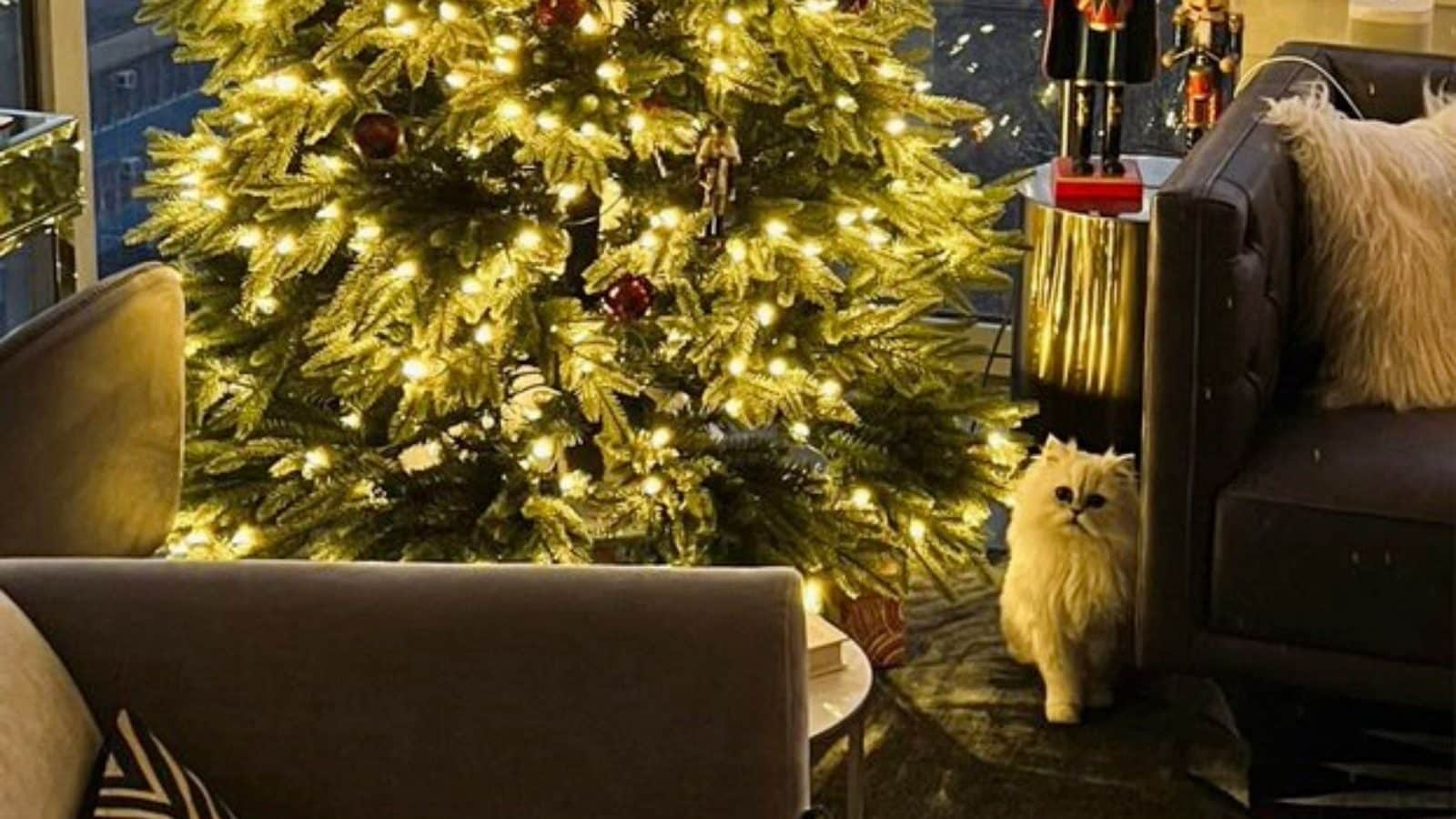 A few social media posts have the power to influence the users and start an internet trend. It seems that a recent tweet has managed to do just that. A tweet shared by American comedian Randy Rainbow on Sunday showed his white Persian cat glowing like feline royalty under the Christmas tree set up at his Manhattan apartment. Sharing the picture on Twitter, the three-time Emmy nominated comedian wrote, “We’re late for Caturday but she wanted one with her Christmas tree.” The tweet went on to receive over 12k likes since it was shared, prompting several cat-parents to share images of their own pets posing next to the Christmas tree. One of the users shared a picture of her own cat sitting under the lit-up Christmas tree. Sharing the picture in the comments section, the user introduced her cat as, “Serena has friends under her tree.” The black and white cat was seen stretching under the decorated Christmas tree.

Another user complimented Randy’s cat as she commented, “She just looks like an expensive ornament.”

Randy’s tweet inspired another Twitter user to share a picture of their own majestic feline posing next to their decorated Christmas tree. The user tweeted along with the image, “Macky says to tell her, hi and happy holidays.”

However, not all cats fancied the idea of posing next to the decorated tree, for they relished the idea of becoming one of the ornaments that adorned the Christmas tree. Sharing the picture of their rich black cat peeking out from the tree, one user explained, “Mine pretends he’s an actual ornament.”

Another similar picture was shared by a user, who displayed their cat glowing under the red lights decorating their Christmas tree. Complimenting their cat, the user wrote, “gorgeous.”

With the Christmas decorations taking over the interiors of everyone’s house, we can expect more such lovely pictures as the festival nears. 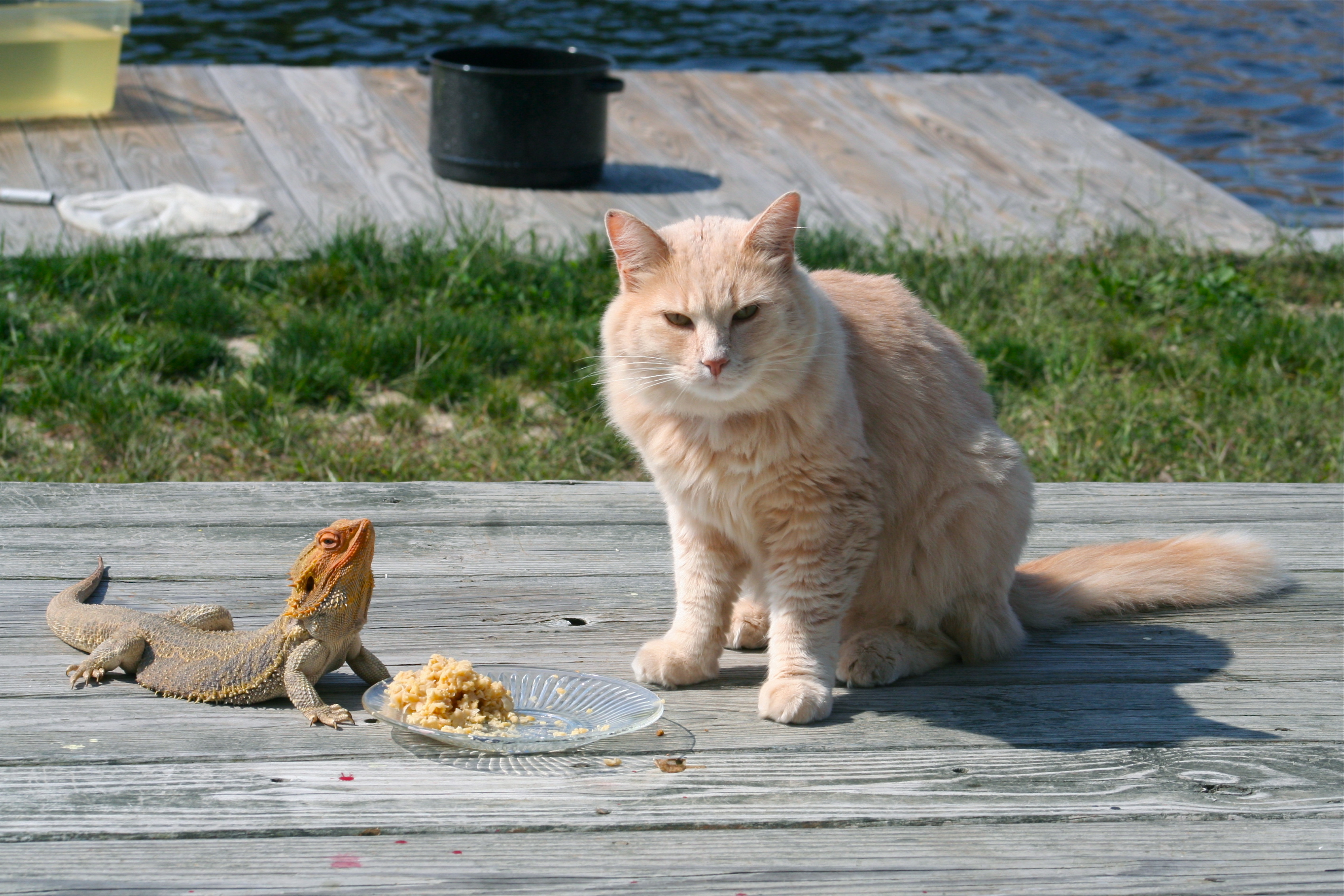 Cat and Bearded Dragon Filmed ‘Having Sleepover’ in Viral Video 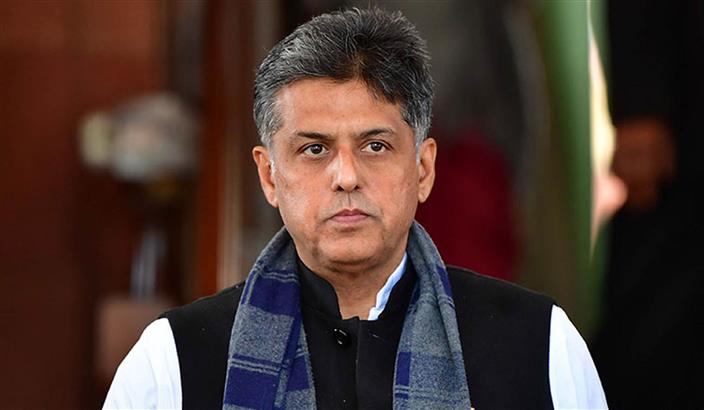