The Rev. Chase Ackerman and his wife, Jeanne, have two cats and a dog, and all of the pets were adopted because of their rescue status.

The Ackermans wanted to give second chances at life to Sophie, a 5-year-old Great Pyrenees/golden retriever mix, and Lily and Wilder, 1-year-old cats from the same household.

“Just the thought that there are so many animals that are put up, either for adoption or abandoned … it’s hard to justify buying an animal that’s bred,” Chase said. “There’s nothing wrong with that, but it’s something we really, really felt called to do (adoption).”

“We spent a lot of time looking at the local dog pounds and humane societies, so it’s kind of what we were always planning to do, to rescue somehow,” he said.

Before the Ackermans moved to Decatur so Chase could be the rector for St. John’s Episcopal Church, they lived in Tampa, Florida. While there, they adopted Sophie through Golden Retriever Rescue of Mid-Florida when she was 8 weeks old.

The Ackermans had to qualify before they could even pick out a dog.

“They came out and did home visits and it was really an intense process,” Chase said.

Jeanne said the rescue group had a Pyrenees mother with two young pups who was pregnant again.

“She had all these puppies in the foster home, and so Sophie was one of those puppies out of a litter of nine,” Jeanne said.

They wanted a golden retriever because they are supposed to be good family dogs and the Ackerman’s have a son, Jonathan. Although Sophie’s mother was a Pyrenees, the father was a golden retriever. The family was sold after seeing photos of the puppies that were like fluffy, white balls.

“How could we say no to that?” Jeanne said.

Sophie, now 110 pounds, is solid white with a few patches of tan and looks more like a Great Pyrenees than a golden retriever, according to Jeanne.

The family obtained Lily and Wilder after moving to Decatur. The then-kittens were rescued from what the Ackermans were told was a hoarder’s house.

Lily is a shorthair domesticated cat while Wilder is a longhair Russian blue.

“We had talked about getting a cat for a long, long time. I grew up with a Russian blue cat, and that’s the kind of cat I really wanted to have,” Chase said.

Chase said they were looking at PetSmart, where the two rescue kittens had been placed, and spotted Wilder.

Lily was part of the bargain.

“It was a package deal,” Jeanne said. “Wilder had been there first. They just had him in there by himself. But he wasn’t doing so hot, and when they put Lily in there with him, he did better.  So, they said they had to go to a home together.”

“Basically, they’re inseparable,” Chase said. “They’ll play fight and roll around, bathe each other and lie with Sophie and kind of sleep together. It’s pretty adorable.”

Jeanne said in the morning and in the evening Lily and Wilder are very active. While the family is eating dinner, the cats will run up and down the stairs. “They’re still so young, so it’s just entertainment watching them play with each other, wrestle.”

Sophie is an easy-going dog whose favorite thing to do is lie by the front windows and look out. Jeanne said she also loves to sleep.

“She’s not a super, high-energy dog. We walk her a couple of times a day, but around the block is plenty for her.”

Lily will sometimes lie in the middle of Sophie’s bed, forcing Sophie to have to try to fit on the edge, Jeanne said. Although Lily and Sophie occasionally will curl up together, Wilder does not care to join them, Jeanne said.

In true cat fashion, Wilder has claimed an empty cardboard shipping box, Jeanne said. “He spends a lot of time curled up in that box, so we can’t take his Amazon box away,” Jeanne said with a laugh. 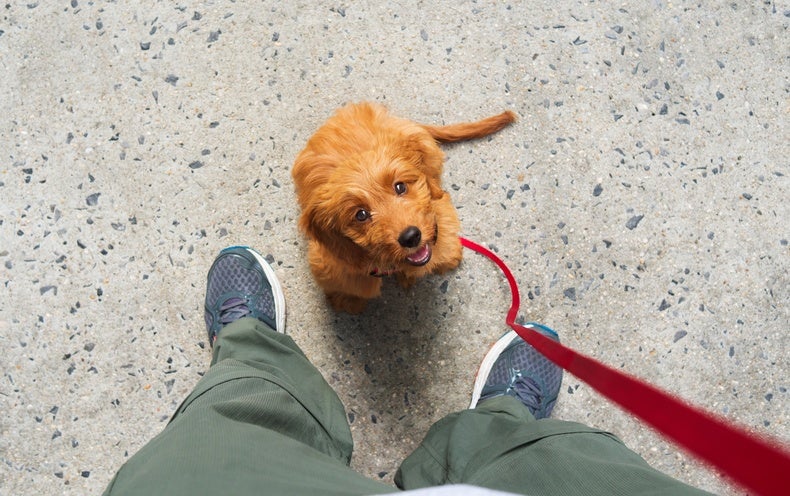 Dog and Cat ‘Moms’ and ‘Dads’ Really Are Parenting Their Pets 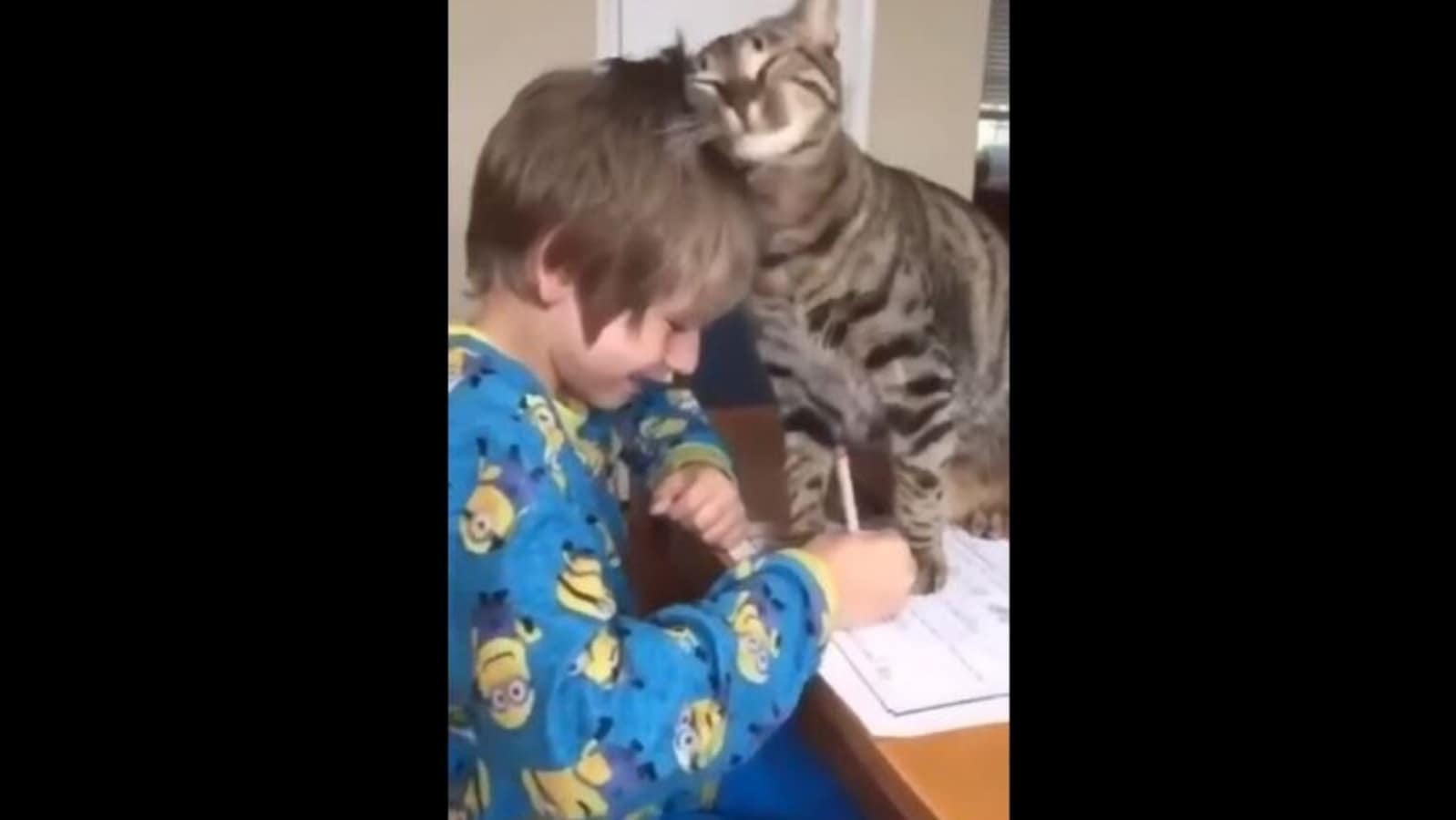