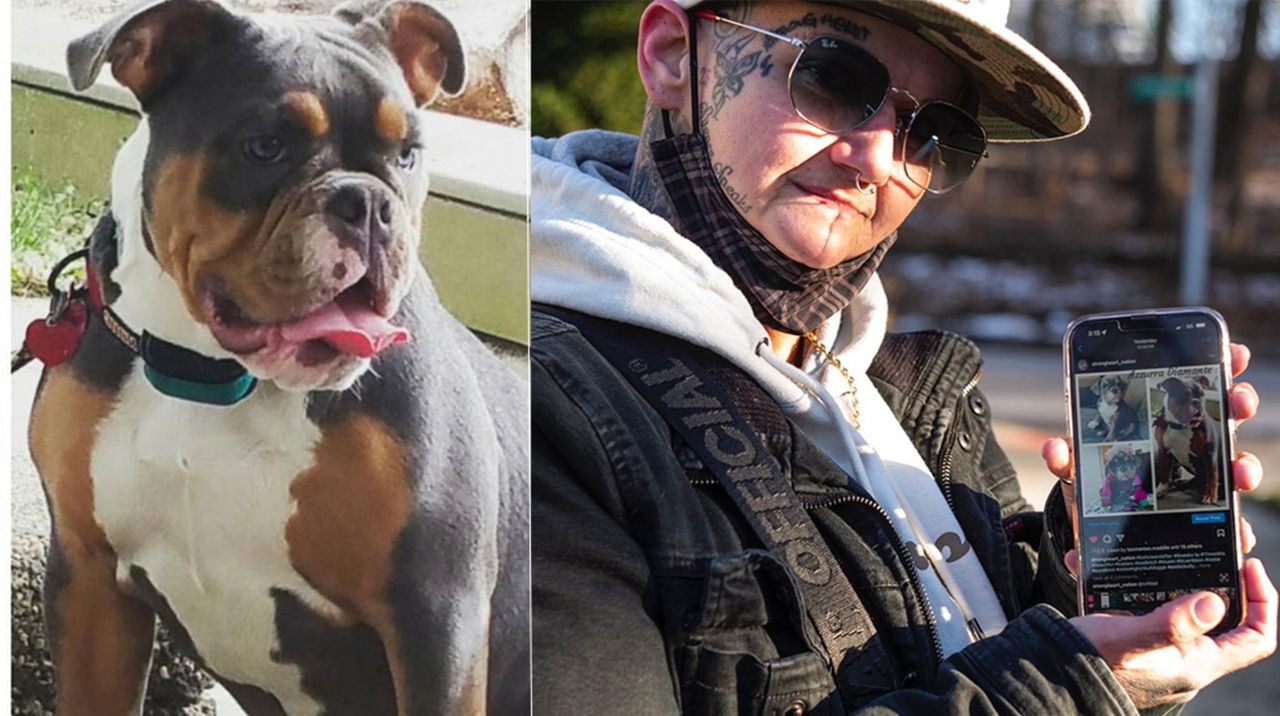 Her Olde English Bulldog, named Azzurra Diamante, lost in Long Beach five years ago, is at a shelter there — more than 1,000 miles away from where she went missing — thanks to some Good Samaritans and the microchip implanted in the pooch.

When the Henderson City Animal Rescue contacted Costa, 37, a Wantagh native who now lives in Queens Village, on Monday, she was sitting in a barber chair.

“I just started crying right in the chair; the barber had to hand me a tissue,” Costa said Wednesday before her 13-hour drive to pick up Azzurra.

The reunion, expected to happen Friday, likely will be as joyful as it is rare.

Bobby Gary, a Henderson animal control officer, said, “As long as I’ve been doing this, this is the first time it has ever happened after five years – and to have found the dog down in Tennessee.”

Whoever had Azzurra, just 2 years old when she evidently was taken, bred her multiple times, he said. Yet she kept her loving nature.

The biggest news, politics and crime stories in Nassau County, in your inbox every Friday at noon.

Costa paid $3,000 for Azzurra when she was 8 weeks old. Her name means Blue Diamond in Italian. “She has blue eyes and she’s just like a perfect little diamond,” she said.

Azzurra disappeared in early 2017 while Costa was living in Long Beach. That was about six months after Costa was released from Memorial Sloan Kettering Cancer Center, where she said she beat extraordinarily low odds of surviving metastatic Stage 4 tongue and neck cancer.

While still relying on a wheelchair and feeding tubes, she was able to drive — but her dog, sharing the back seat with two others, somehow hopped out the open car window in the half-mile stretch between a gas station and her home, she said. Costa did not realize Azzurra was gone until the trip was over.

“I contacted the police, put flyers up; none of (those efforts) brought her back.”

Dognapping is not that uncommon. Long Islanders, for example, can point to recent cases, and bulldogs’ high cost makes them targets. Azzurra’s puppies could easily have fetched high prices.

Henderson Mayor Robert W. King said the police planned to probe how the dog ended up in their city, which has a population of around 6,500.

“They are trying to see if they can trace a little bit of the dog’s history,” he said, starting by interviewing her rescuers to find whoever apparently had the dog before them.

He saluted the shelter volunteer who made sure that the vet clinic checked for the microchip that identified Costa as the owner.

“She felt the dog had been overbred; she just asked the vet to run the chip.”


Costa, who in August lost her beloved Boston Terrier, Bruno, at 14 to cancer and now has a young French bulldog called Pancake, is all too familiar with how much of a roller coaster life can be.

When she was 19, a crash on the Northern State Parkway left her permanently disabled and in a wheelchair for a year.

Costa said depression followed, her weight went up to nearly 700 pounds, and her tongue developed a painful spot. Only the sixth doctor she saw correctly diagnosed her, but her prognosis was so dim he told her to seek palliative care, she said.

Sloan Kettering gave her hope, removing her tongue in a 19-hour operation, and then she went through multiple rounds of chemotherapy and radiation, she said.

Now, she tries to encourage others, including through her StrongHeartNation Facebook group.

“I’m trying to inspire people to remember that life is always a blessing … and sometimes God allows our hearts to be broken so new light can shine into the darkness.”

In Henderson, she hopes to meet her rescuer and plans to raise funds for the shelter and tell the police everything she has learned.

In a “weird coincidence,” she said Azzurra’s “neighbor” at the shelter is a dog also named Bruno, just like the pet Costa recently lost to cancer.

“Bruno found her and brought her to safety,” she added. 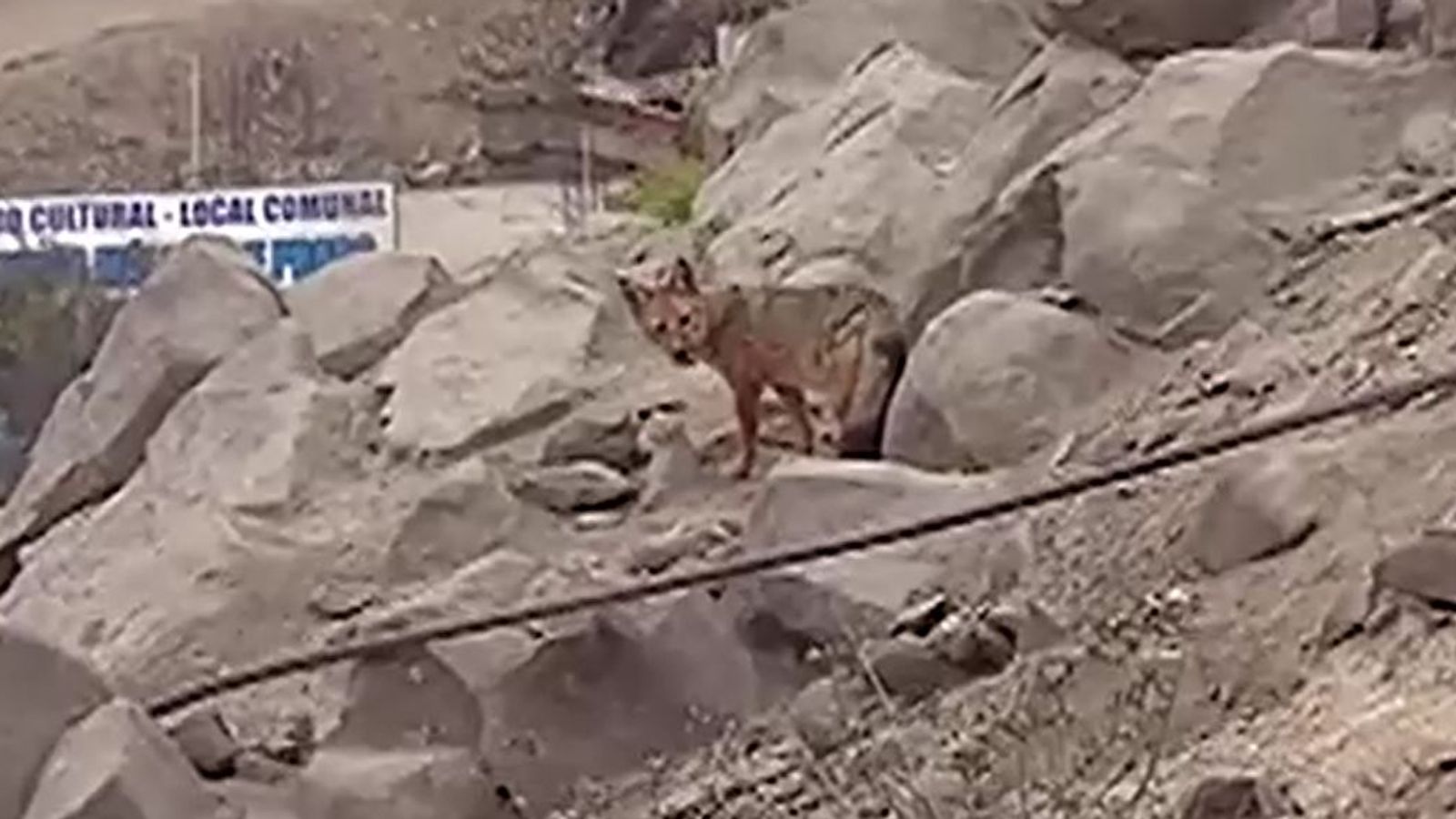 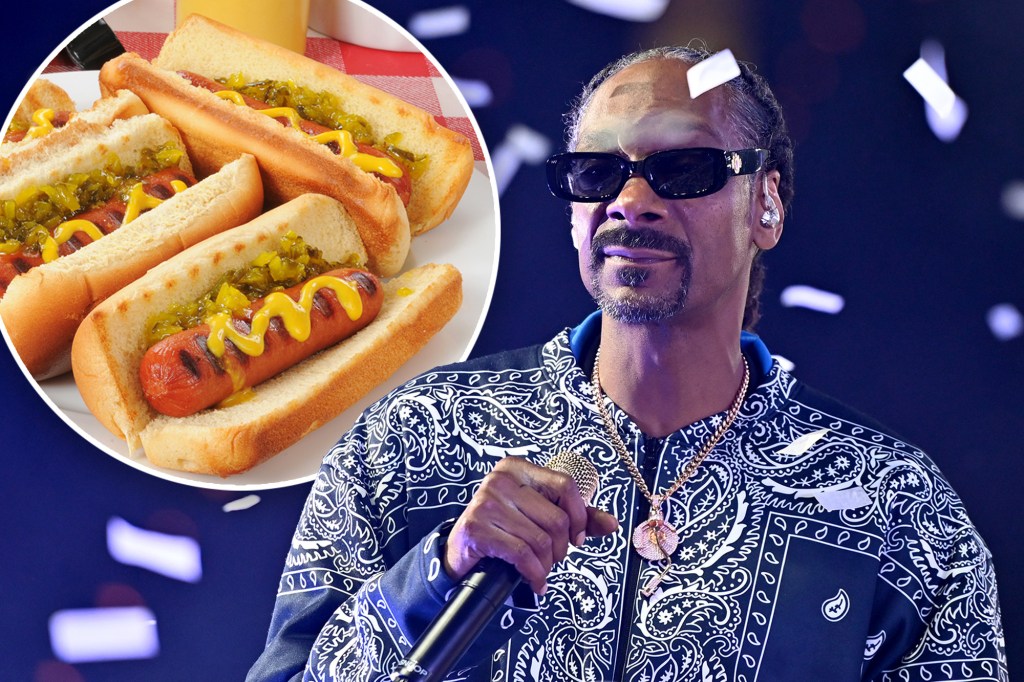 Snoop Dogg is getting into the hot dog business

Dogs may be able to tell difference between speech patterns, study finds | Dogs