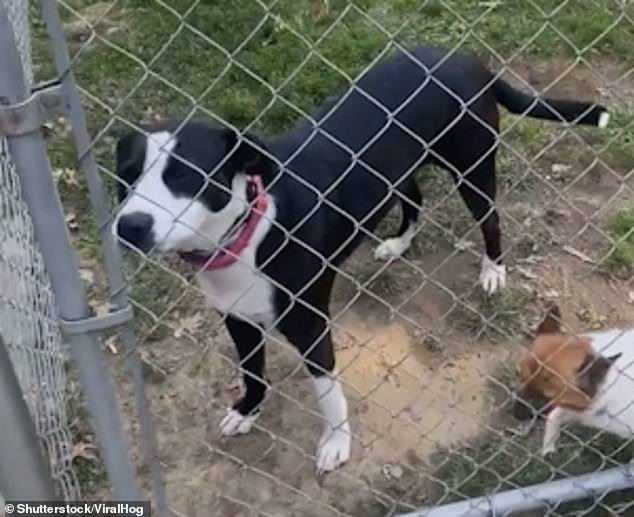 Chew-dunnit! Dog’s excitement turns to guilt when her owner confronts her with a chewed-up shoe in hilarious clip

By Elmira Tanatarova For Mailonline

This is the hilarious moment a dog’s enthusiasm turned to guilt when her owner presented the pup with a chewed-up shoe.

The black and white pooch called Milli, clearly the culprit behind the torn-up Adidas sneaker, slunk away, feigning indifference.

Destiny Crabtree, from Louisville, Kentucky, started filming when she stepped outside carrying the destroyed gray sneaker.

‘So Milli chewed my shoe up. I’m not going to show her yet but look at how excited she’s gonna be until I show her this shoe,’ she said.

As Crabtree approached her pets behind a chainlink fence, three dogs enthusiastically ran up to greet her, including black and white Milli, who was happily wagging her tail.

But then Crabtree held out the sneaker and asked: ‘Hi baby, what is this. What is this, Mil? You chew my shoe up?’

Milli is excited to see her owner in Louisville, Kentucky, and doesn’t realize anything is amiss until Destiny Crabtree pulls out the chewed-up shoe 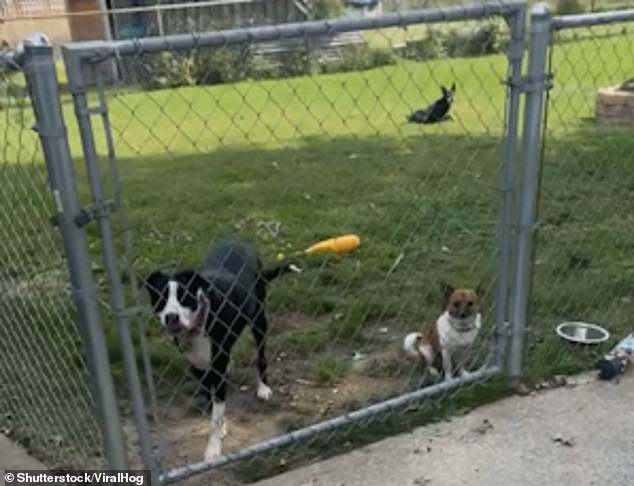 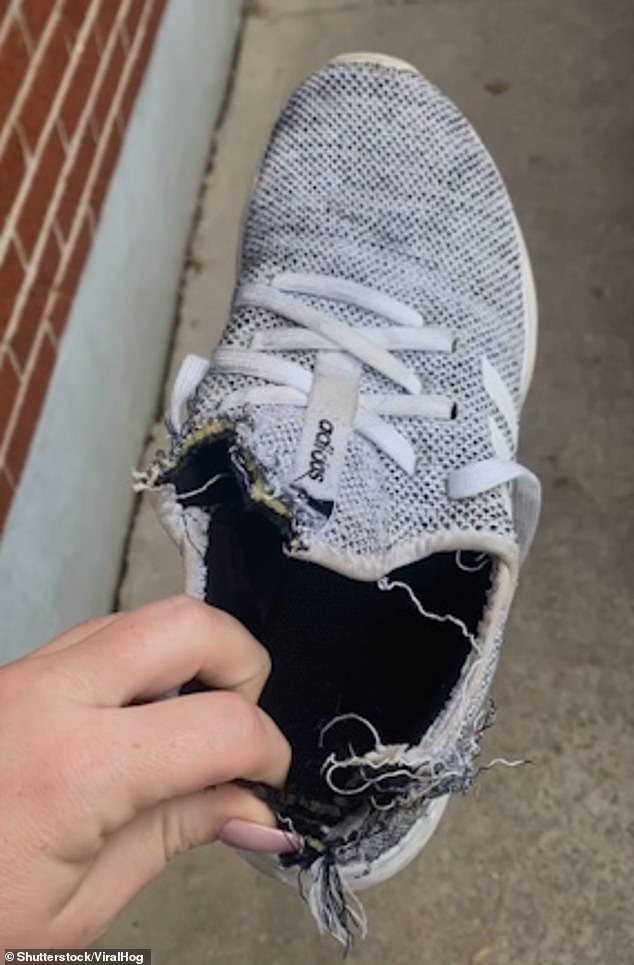 Milli immediately turned away, her tails stopped wagging and she hastily walked off, casting a few puppy-eyed glances back at the incriminating evidence.

Crabtree said: ‘My dog Milli chewed up my shoe. When I noticed, I took the shoe outside to show her.

‘I didn’t want to show her as soon as I saw her because I knew she would give me the “guilty dog” look, so I waited to show her the shoe to show how excited she would be to see me first.’ 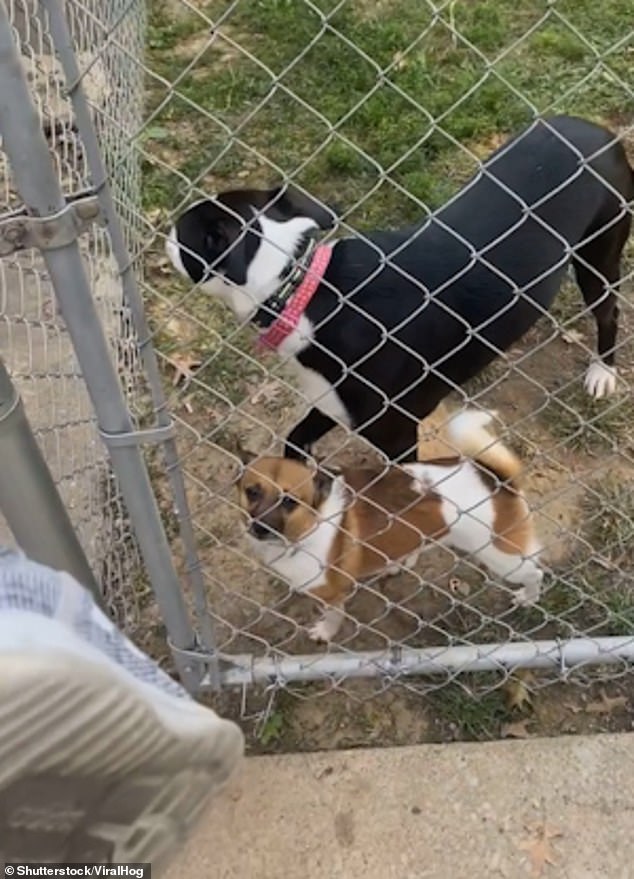 When she shows Milli the shoe, the black and white pooch guiltily turns away 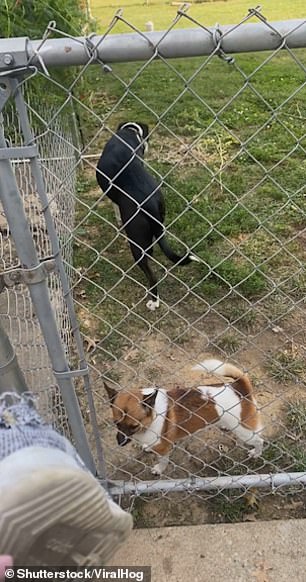 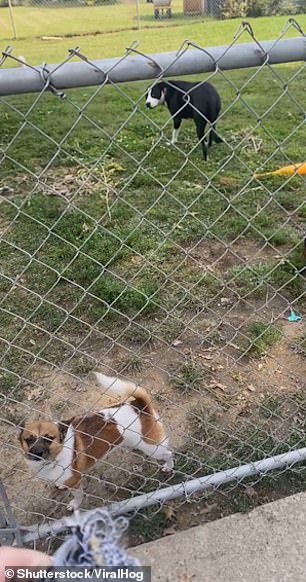 While Milli first looks excited to greet her owner, she tries to play it cool by walking away from a chewed up shoe, casting guilty glances backwards

The video was shared on YouTube where people found Milli’s reaction hilarious.

A Obi said: ‘Dogs absolutely don’t know how to lie.’

But one shoe is nothing compared to a whole piece of furniture.

Earlier this year a naughty dog destroyed a sofa and chewed through his wire crate while his owner was at work.

Vickie Shelton, 51, of Benton, Tennessee, came home on 24 April to find her sofa destroyed and her living room covered in piles of white stuffing.

Initially believing she had been robbed, it was only when she saw rescue dog Bo wagging his tail in the middle of the destruction that she realized he was responsible.

She put Bo in a crate in a spare bedroom to keep him out of trouble, but came home to find he had chewed through the wire and broken down part of the door. 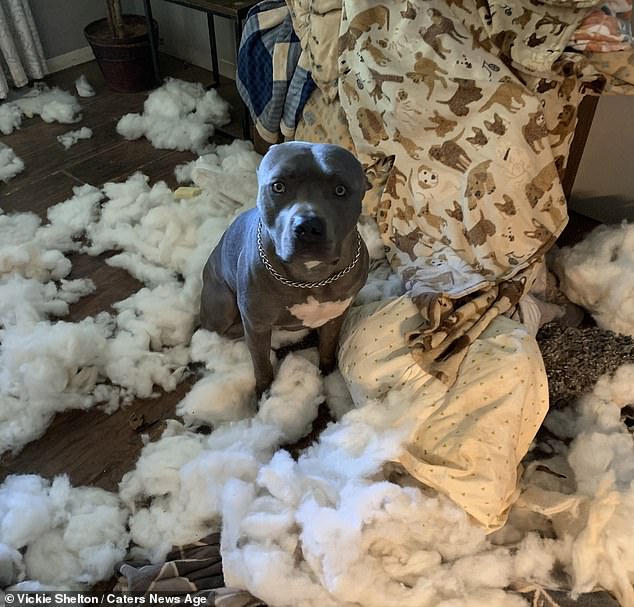 Busted! Vickie Shelton, 51, of Benton, Tennessee, came home on 24 April to find her sofa destroyed and her living room covered in piles of white stuffing 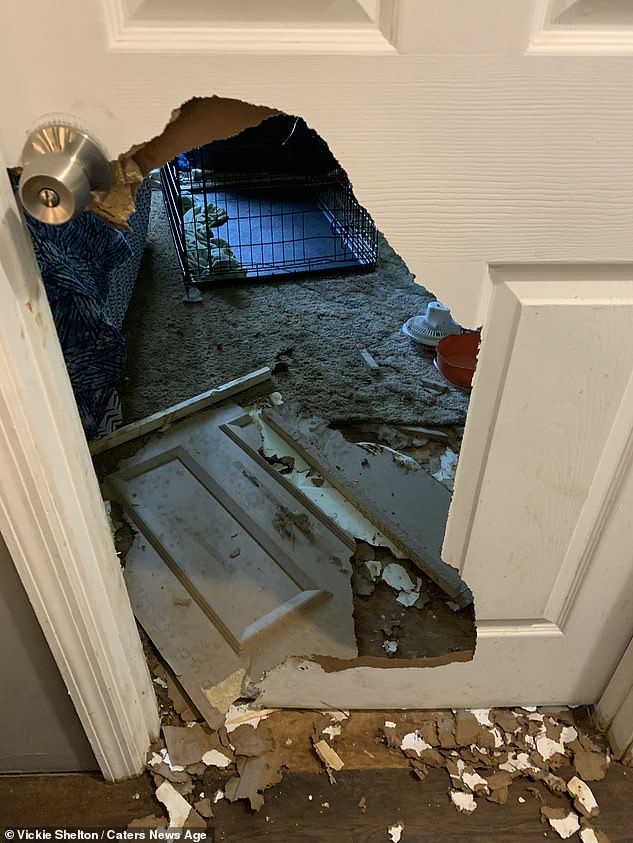 Determined: The following day she put Bo in a crate in a spare bedroom to keep him out of trouble, but came home to find he had chewed through the wire and broken down the door 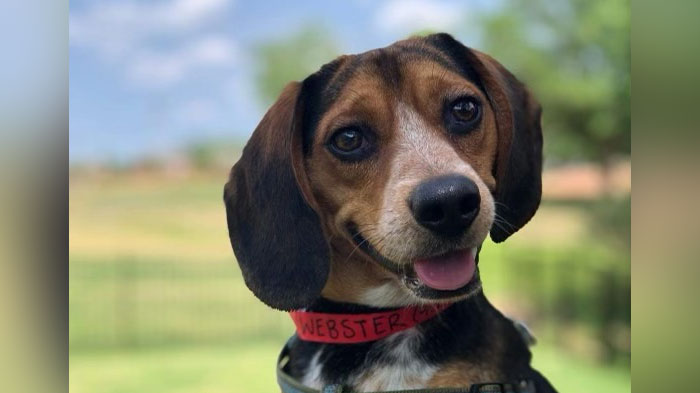 18 months after vanishing, dog adopted from Triangle rescue turns up hundreds of miles away 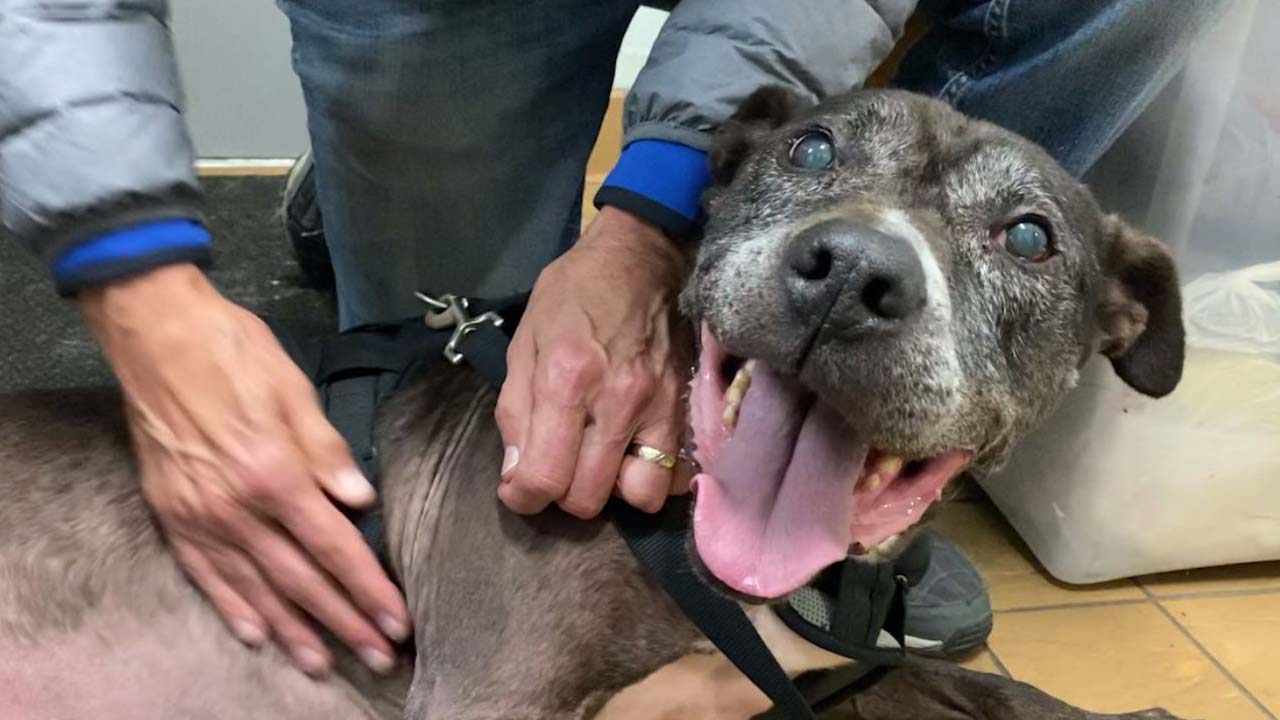