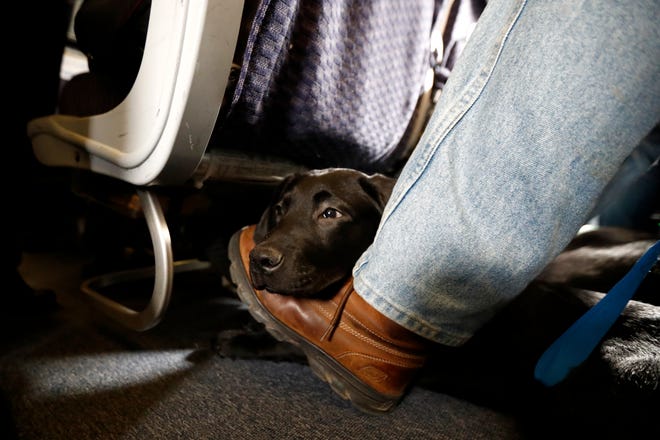 You’re reading Our View, one of two perspectives in Today’s Debate.

Airline passengers, who already have plenty to worry about amid the pandemic, will soon have one less source of stress: They won’t have to share their cramped row with an “emotional support” swine, turkey, marmoset monkey or unruly dog.

Under a new rule issued last week by the Transportation Department, airlines will no longer be required to carry support animals in their cabins. It’s about time.

The rule, which goes into effect early next year, is a hard-won compromise designed to solve a sensitive problem that has plagued the industry for years. It’s also one of the few sensible last-minute regulations among a gaggle the Trump administration has issued in its waning days.

Since the government updated its guidance in 2003 granting “emotional support animals” similar treatment to “service animals,” the number of ESAs on board has skyrocketed. So have the problems.

Consider the large pig that defecated in the aisle, scores of incessantly barking dogs as well as canines that bit flight attendants or passengers, including a man who required 28 stitches. Last year, nearly 1.2 million ESAs flew — three times the number of “service animals” taken aboard.

There’s a crucial difference between these two categories. Service animals perform tasks for people with physical or mental disabilities, such as guiding a blind person or calming a veteran with post-traumatic stress syndrome. By contrast, a support animal’s simple presence might help its owner, such as an autistic person who’s soothed by petting a rabbit. But ESAs are not necessarily trained to behave in stressful environments, as service animals are.

Many support animals do serve legitimate needs. The problems arose when too many passengers exploited the system by making illegitimate claims for ordinary pets. The scammers were enabled by an online industry that connected them with mental health professionals willing to certify to an owner’s need for a support animal.

The incentive? Both ESAs and service animals fly free, while a typical pet in a carrier that fits under a seat can cost roughly $100 or more each way. Not all airlines allow pets on board.

By law, service animals must still be allowed on board without charge. That’s as it should be. But under the new rule, airlines can limit service animals to dogs that fit in the foot space in front of their owners. Getting a large service dog on board may take extra effort, though airlines are required to find an accommodation, such as a row with an empty seat or on a later flight.

Airlines still have lots of discretion to alleviate problems, as do passengers. Small support animals — rabbits, cats or small dogs — may travel as pets. For larger dogs, perhaps an owner could buy an adjacent seat. And airlines could overcome their money-hungry instincts and lower pet fees.

Some advocates for people with disabilities oppose the new rule covering animals on planes, which admittedly will make air travel harder for many and impossible for some.

But the government had to curb the onboard menageries created by the “y’all come” policy of 2003. Airline cabins are crowded spaces where emergencies can occur. The need for an animal must be balanced against the needs and safety of all air travelers.

The new rule offers a reasonable, horse-sense compromise. The flying zoos had to go. 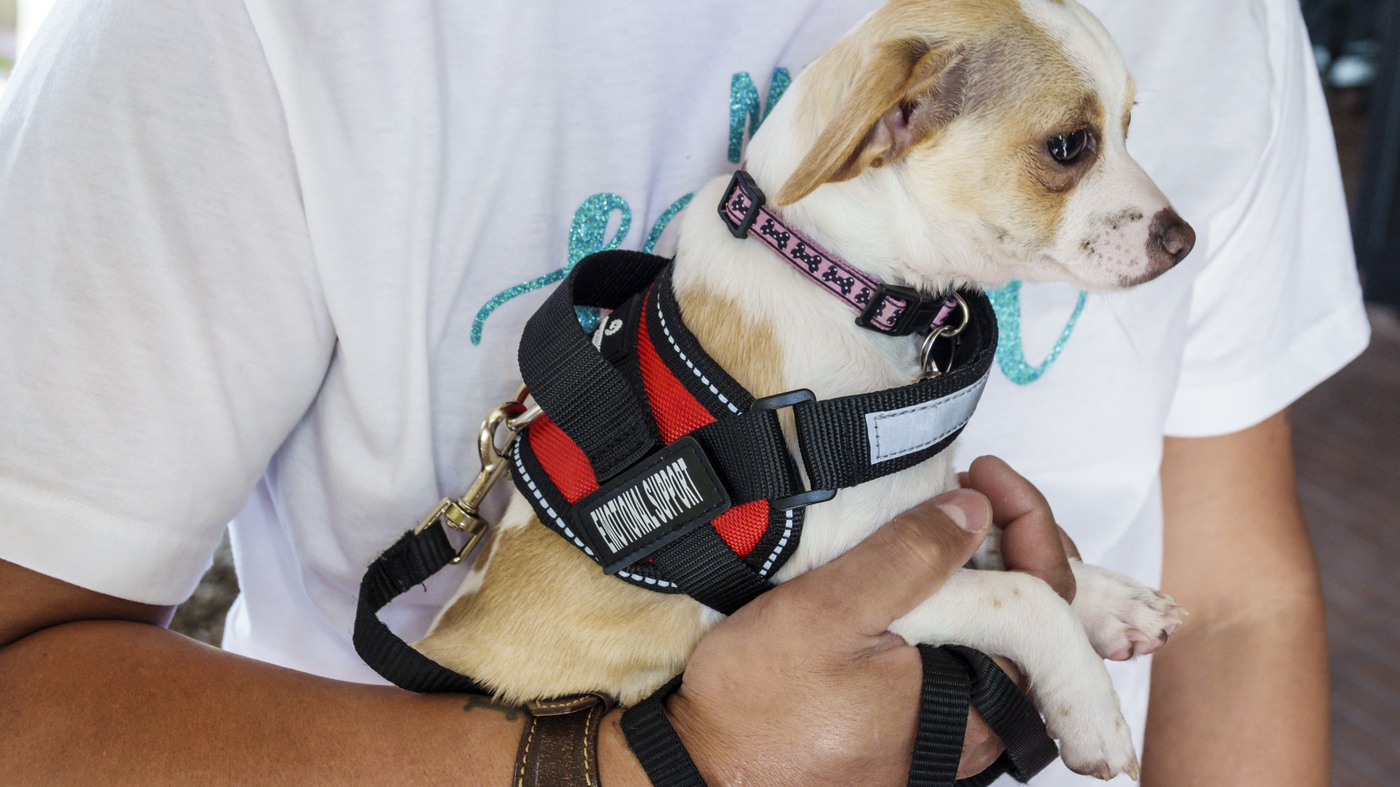 No More Emotional Support Peacocks As Feds Crack Down On Service Animals On Planes : NPR