A recent graft scandal involving a former agricultural minister has catapulted the issue of animal welfare into the spotlight, illustrating the great lengths to which the nation’s poultry industry went to preserve its decades-old yet globally criticized practice of confining egg-laying hens in small cages.

Ruling Liberal Democratic Party lawmaker Takamori Yoshikawa is in hot water amid allegations that he received ¥5 million in undeclared donations from a former head of Akita Foods Co. — a poultry giant based in Hiroshima Prefecture — several times during his stint as farm minister from October 2018 to September 2019.

The donations to Yoshikawa coincided with growing international calls for animal welfare that many domestic farmers at the time saw as incompatible with, and even as an existential threat to, Japan’s poultry businesses. The fallout from the scandal continued to grow Tuesday when Koya Nishikawa, also a former farm minister, suddenly resigned as a special Cabinet adviser amid criticism over his own intimate ties with Akita Foods.

It is not clear what role, if any, the donations played in swaying Yoshikawa toward protecting the interests of the poultry industry.

But the fact remains that under his stewardship, the ministry in January 2019 opposed the suggestion by the World Organization for Animal Health (OIE) to member countries that the importance of providing pullets and hens with nesting areas and perches be recognized in its animal welfare guidelines.

Months later, in September that year, the OIE watered down its language in the revised edition of its proposed guidelines. Whereas they originally said nesting areas and perches “should be provided,” the amended draft merely described access to those devices as “desirable.”

The installment of nesting areas and perches is fundamentally at odds with what is known as the “battery cage” system that underpins poultry farming in Japan.

Conventional battery cages often involve multiple hens being packed into a small wired cage, where they are unable to move around or extend their wings. The European Food Safety Authority has stated that these housing systems leave hens susceptible to disease, bone breakage and harmful pecking.

The global trend is now increasingly toward abolishing them. The most prominent turning point in recent years was a full-fledged ban on battery cages put in place by the European Union in 2012.

With the ban, many farmers in the EU have transitioned to so-called enriched cages that allow space for perches and nesting boxes. In a greater stride toward animal welfare, there has even been a growing shift in and beyond the EU toward fully parting with cages, with more and more farmers opting for free range or barn rearing systems.

The prospect of monumental financial burdens is thought to be at the crux of the industry’s reluctance to change the status quo. Establishing nesting areas and perches, as was originally recommended by the OIE, would require farmers to overhaul their existing battery cages at huge cost.

The poultry industry reportedly petitioned Yoshikawa in late 2018 to oppose the OIE’s proposed guidelines, on the grounds that international calls for investing in new equipment would “deal a heavy blow to farmers” at home.

When grilled during parliamentary sessions over the existence of such a request, agricultural ministry officials have so far dodged the issue, reiterating that the matter is currently “under investigation” by the ministry.

The great lengths to which 87-year-old former Akita Foods head Yoshiki Akita — described by local media as an influential industry figure who served as a special adviser to the Japan Poultry Association — allegedly went to try to buy the favor of Yoshikawa were an indication of “just how much the poultry industry in Japan remains opposed to the cage-free movement worldwide,” Chihiro Okada, head of advocacy group Animal Rights Center Japan, said.

By adhering to a housing system increasingly seen as out of date, “they are essentially shooting themselves in the foot, risking their industry being left behind” by the world amid growing demand for cage-free eggs, she pointed out.

Indeed, a growing number of global corporate icons, such as Starbucks and Hilton, are now proclaiming their commitment to animal welfare. The latter, for example, declared last year that it aims to source “100 percent of our eggs (shell, liquid, and egg products) globally from cage-free sources for Hilton’s entire portfolio by the end of 2025.”

Japan, meanwhile, has its own reasons for being shy about relinquishing battery cages, pushing the line of argument that animal welfare shouldn’t supersede food safety.

In amendment proposals submitted to the OIE in January 2019, the agricultural ministry said that the requirement for nesting areas and perches, if sanctioned, would likely result in many domestic farmers seeking to convert battery cages into these enriched versions. But such a shift risks compromising the safety of eggs, the ministry claimed, citing past studies overseas that showed the percentage of cracked or dirty eggs was higher in enriched cages than in conventional ones.

It also said the hygiene management of eggs is “crucially important” in a region prone to humidity — an apparent reference to Japan’s own climate — where bacteria are prone to propagating. A report has also been published showing that the mortality rate due to vent pecking, which can escalate into cloacal cannibalism, is higher in enriched cages than that in conventional cages, the ministry said.

The immobility of hens inside, he said, makes it easier for farmers to keep tabs on their health condition. The battery cages also automatically separate the birds from their feces, helping protect them from parasites.

These benefits, the official said, dovetail with the need to ensure the birds’ “freedom from pain, injury and disease” — one of the “Five Freedoms” that constitute the global standard for animal welfare.

Noritaka Ichiyanagi, president of Maruichi Poultry Farm in Saitama Prefecture, knows both the pros and cons of going cage-free.

Ichiyanagi, current successor to his century-old family business, recalls the wonder he felt at the sight of hens freely approaching him and pecking his feet the moment he stepped into a laying house during his trip in 1996 to a farm in Switzerland — where battery cages were already banned. Such carefree and innately birdlike behavior was all but unthinkable among caged hens he had been familiar with all his life.

“Caged hens have been deprived of freedom all their lives. Their natural instinct to fly, jump, perch, peck and bathe themselves with dust has been oppressed by cages, so they would end up getting scared or run about frantically when suddenly let out,” Ichiyanagi said.

“But if their instinct for these behaviors is routinely satisfied, they become more curious and less timid in personality, thus more likely to approach humans in the vicinity.”

This experience opened his eyes to the importance of animal welfare, making him become one of the first in Japan in 2002 to experiment with a noncage housing alternative called the aviary system, which balances mass egg production with the need to allow hens space to perform highly motivated natural behaviors. The shift toward aviary housing cost him tens of millions of yen in investment.

“There is the reason why cages have been so popular for so many decades. They keep hens healthy and allow for the sanitary management of eggs,” he said.

In a time of both misinformation and too much information, quality journalism is more crucial than ever.
By subscribing, you can help us get the story right. 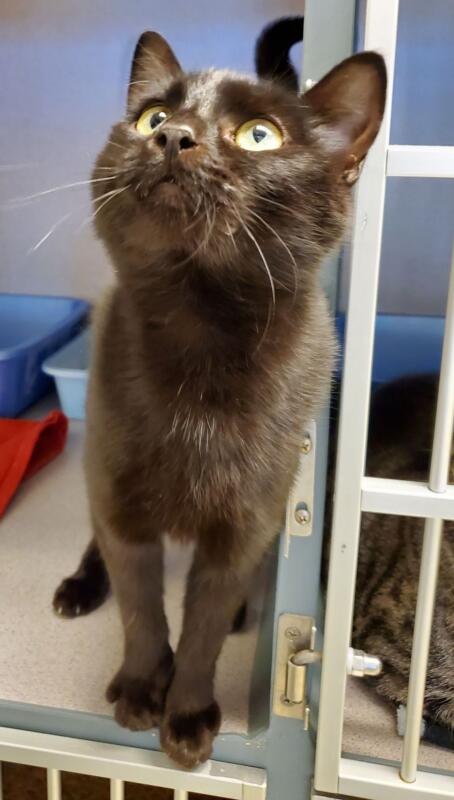