The Global Animal Nutrition Market was valued at USD 26.54 billion in the year 2020.

The major factors driving the growth of the global animal nutrition market are growing demand for safe and nutritious animal food, limitations on antibiotics, more producer knowledge of animal health, and a rise in meat consumption among consumers throughout the world.

The demand for animal nutrition has rapidly increased among animal farmers to avoid disease and deficiencies among livestock and to get faster meat and animal-based product output.

Based on Ingredient, Amino Acids/ Other Segment is expected to grow significantly at both local and regional level. In addition to being building blocks of body proteins, amino acids play a significant role in various important biochemical and metabolic processes in the cells of animals. So, from growth to production and reproduction, amino acids play a large part in the productivity of farm animals and can contribute significantly to the profitability of a farm. Therefore, this segment is the highest growing among all other segments.

Asia pacific region is anticipated to grow enormously in the market on account of growing population in addition to rapid urbanization in emerging nations of Asia Pacific region, backing the growth in the market. Countries such as India, China and Japan present lucrative market for Animal Nutrition.

The demand for animal nutrition has rapidly increased among animal farmers to avoid disease and deficiencies among livestock and to get faster meat and animal-based product output.

However, an increase in animal rearing practices and a substantial rise in the population of domesticated animals have supplemented the growth of the animal feed industry and the animal nutrition industry.

Scope of the Report:

For more information about this report visit https://www.researchandmarkets.com/r/xj8xpo 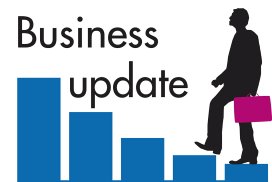 Wrapping up February: What’s new in the world of pigs?

The benefits of using grasshoppers for animal nutrition