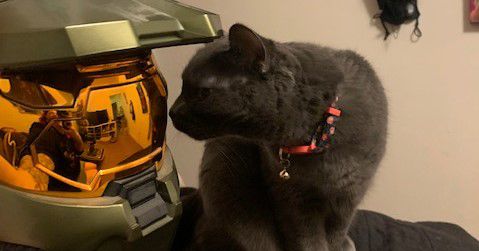 Back in 2007, the Legendary Edition of Halo 3 for Xbox 360 came with a Master Chief helmet replica. Unfortunately, the helmet was too small for most human heads to wear. This meant, obviously, that some cats ended up wearing this helmet. These are their stories.

As for who is to blame for the indignity these cats have endured, the answer may be Bungie’s own Luke Smith. Back in 2006, Smith worked as a games journalist for 1UP, and he described the Legendary Edition helmet as “cat-head sized.” Other people ran with the joke after that. Joystiq and Engadget put “cat helmet” in their headline, quoting and linking to Smith’s evocative phrasing and illustrating it all with a photo of a cat. Wired’s writeup similarly called the helmet “kitty-sized.” Fan forums everywhere dubbed it “the cat helmet.”

In the mid-2000s, cat photos were the most important type of content on the internet, so the trend made sense. Many fans at the time also had expected the helmet to be a life-size replica that a human could wear, so referring to the helmet as a “cat helmet” was a cute way to dampen their disappointment. Once the helmet was finally in fans’ hands, however, the disappointment returned.

As IGN reported in an article titled “Cats denied chance to be Master Chief,” the bottom of the helmet had a strangely-shaped rectangular opening that made it almost impossible for anyone to wear. In response to my recent call for stories about the cat helmet, Twitter user billieberserk took a photo of the bottom of their helmet in order to illustrate the problem:

The helmet was only meant to fit on its base. I hope no one’s tried to torture their cat with it.
This stupid thing is actually pretty big, if you were to hollow it out, you could fit an entire cat in there (but, again, maybe just… don’t?) pic.twitter.com/279jSbgRuk

Back in 2007, though, the internet’s hunger for photos of cats wearing Master Chief helmets had to be assuaged. Some intrepid fans, like the ones at the blog Nerds Trozobudos, apparently found cats with small enough heads to make it work:

Others simply photoshopped the helmet onto cats to illustrate what might have been, as is evident in articles at Gamerant and IGN, the latter of which acknowledged the problem: “After months of trying to duct tape their Legendary Edition Master Chief helmets to their cat’s head, people have accepted that it doesn’t fit. Cats and small dogs everywhere are still rejoicing.”

This was also a time period when internet jokes did not get forgotten after a week or two. The cat helmet joke lasted for years. In 2010, Weta Workshop started selling miniature Spartan helmets, so naturally, Joystiq described these as cat helmets. Other outlets, like Gamerant and Gamerfront, shared in the joke.

In recent years, the cat helmet meme has faded into obscurity. My request for stories from fans about their too-small Spartan helmets got plenty of responses, but only a few were from people who participated in this meme during its heyday. At least one fan, writer and former games journalist Christian Nutt, resorted to Photoshop at the time:

Jessica Lachenal, my former coworker at The Mary Sue, told me she had put her Spartan helmet on her cat but didn’t take a photo (for shame!). This past week, Polygon reader Tsuki Tenicela took a photo of her helmet near her cat (pictured above). Several other Polygon readers sent me photos of cats who were not willing to wear Spartan helmets.

The saddest story of all came from Nic Weinberg, who got the helmet at age 13 but hadn’t gotten the memo about its diminutive size. “I dreamt of it for months: opening that big beautiful box, taking the helmet off its pedestal and donning it so that I could finally — after all those years — Finish The Fight,” Weinberg wrote. “After awkwardly biking home carrying this absurdly huge box, I crept quietly into the basement so I could begin my ritual in solitude. Of course, like many people, I discovered the truth… the helmet was not made to be worn.”

Unfortunately, Weinberg’s tragic tale did not end there. It ends … in blood. “Days later, I read online that people were unscrewing the bottom of the helmet casing to remove the game case slot so that it could be worn,” Weinberg went on. “Hilariously, after attempting to do so myself, I realized that my head was in fact Too Big to be Master Chief. But… I did have a small dog. Shadow was a 12-year-old Havanese who truly, truly despised me. Stupidly, I tried anyway, and while I don’t have any pictures, I do still have a discolored scar on my left hand to remind me of this whole affair.” (Weinberg included photos of the scar and the helmet, both of which he apparently still has.)

Memes come and go so fast nowadays that it’s hard to imagine a promotional helmet becoming the subject of so much discussion in 2021. And yet I still wonder what would have happened if Halo Infinite had reintroduced this concept — except, this time, the helmet would be purposefully made for cats. (I asked Microsoft about the decision behind the cat helmet’s creation, but I did not receive any details.)

Given how much my own cat hates wearing the bow tie that I bought for him, I don’t think this is actually a good idea. But it would have heralded Halo Infinite’s attempt to bottle up the feeling of a simpler time — and more importantly, it would have resulted in some very good pictures.

A Woman Was Reportedly Caught Breastfeeding Her Hairless Cat on an Airplane, And I Have Questions 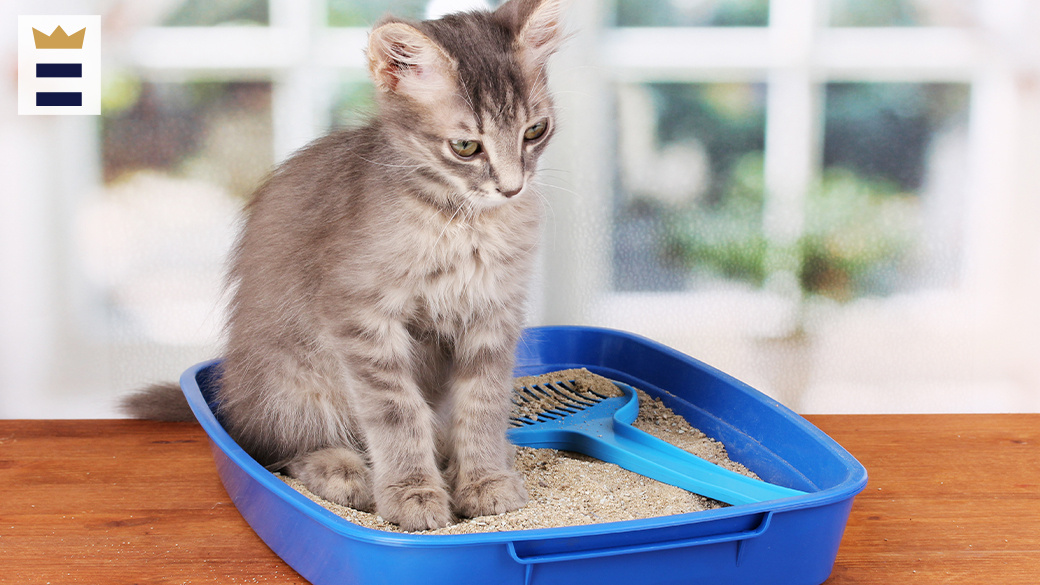 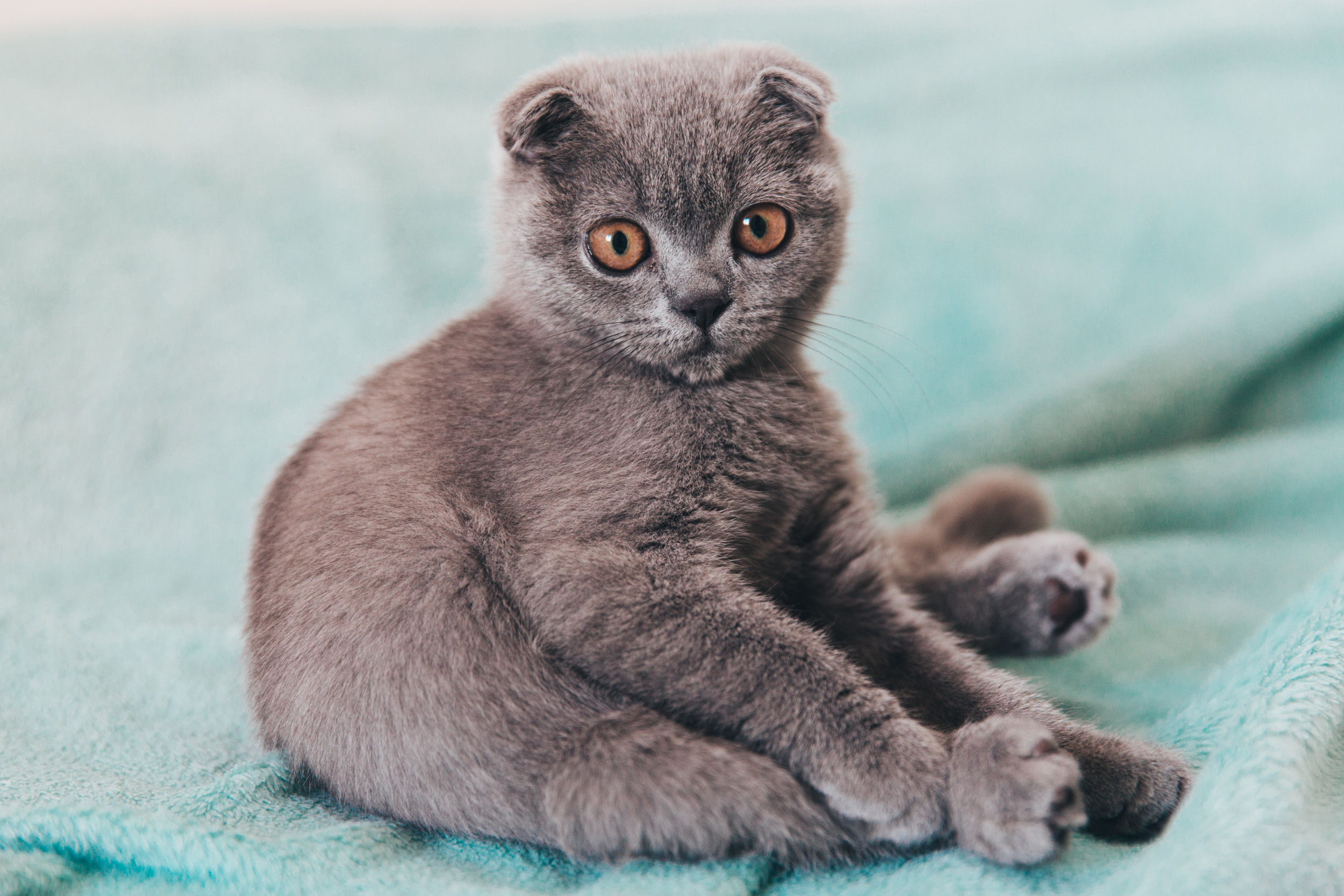