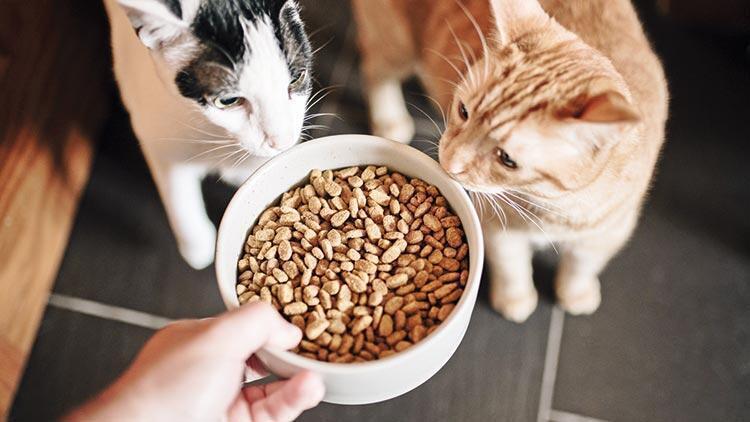 A sudden hike in animal food and the high value-added tax put animal lovers in a challenging situation, forcing them to call on Turkish authorities to make discounts on the vital product.

An increase in pet food prices due to the volatility in the exchange rate that led to the lira to decrease sharply as well as the application of 18 percent value added tax, as it was considered a luxury consumption, has forced animal lovers to take action.

Thousands gathered on various social media platforms in recent days and called for authorities to abolish the value-added tax on pet foods.

Stressing that pet food was a basic need, not a luxury item, animal lovers demanded inspection against the exorbitant price increase, noting that they had difficulties in feeding the stray animals.

Caring for needy animals is a part of the culture in Turkish society, and many citizens also contribute to looking after stray dogs and cats in their neighborhoods with the animal foods they buy from pet stores or receive from local authorities.

Ahmet Kemal Şenpolat, the chair of the Animal Rights Federation (HAYTAP), said they have received a vast number of messages complaining about price hikes.

“Unfortunately, pet ownership is still viewed as the hobby of a marginal group in the country. On the contrary, Turkey is one of the countries with the highest population of stray animals,” Şenpolat said.

He added that they were working to encourage more people to adopt stray animals, but it comes with a cost in terms of food, and people need incentives to adopt.

“We expect the authorities to take a step to that extent,” Şenpolat added.

Meanwhile, pet owners on social media claim that the hikes reached 100 percent for some products, while a pet shop owner in Istanbul’s Bahçelievler neighborhood said they came across high price increases especially in domestically produced foods.

This means that there was a price increase of about 39 percent in just 10 days.

İzzet Saban, CEO of Tropikalpet, the producer of the Goody and Champion brands, is one of the many who believes the 18 percent tax rate in pet foods should be reduced.

Saban said tax should be reduced to 8 percent to match the taxes on food for human consumption so that animals would have more access to their basic food needs.

He added that low taxes, 1 percent, were already in place for birdseed.

Are pricey pet foods really better? Read these tips on finding the best food to fit your budget. | Entertainment/Life