Silvafeed​ ByPro: a natural, holistic solution to optimise the use of nitrogen and energy, minimising the environmental impact of cattle production systems.​

Animal production has undergone a consistent intensification process in recent decades, replacing pastures for grains, silage, and supplements at different levels. This process also forced a better use of pastures, leading to the growth of intensive confinement systems, so common today. Moreover, the use of growth promoters, mostly antibiotics, has played a major role in increasing production, mitigating stress, and improving health. However, antibiotic resistance is a serious threat to human and animal health, therefore becoming the main reason behind the ever-rising interest in high-quality, natural solutions which do not affect our health nor our planet.

Nowadays, corn grain, soybean and their by-products have become basic inputs for most farmers across the world. At the same time, protein is playing a key role in the nutrition of ruminants and in the profitability of farms, both for their role in productivity and for their cost of inclusion. That is why making efficient use of these expensive resources is crucial when defining the profitability of the business. However, beyond these situations of economic tension between inputs and products, making an efficient use of protein in the diet has become a necessity for business survival, be it meat or dairy, and for the care of the planet. In order to do this, the scientific community has been investing a lot of time, and resources, in researching how to improve the conversion efficiency of dietary protein into meat and milk.

Much has been written about the need to find an adequate balance between degradable (RDP) and non-degradable fractions (RUP) of dietary proteins. Ruminal microorganisms degrade RDP to ammonia and carbon chains, which they can use to synthesise de-novo their own microbial proteins. This bacterial protein synthesis is a direct function of the relationship between RDP intake, non-protein nitrogen and rumen available energy. Moreover, the proteins of the feed that are not degraded in the rumen (RUP) and flow directly to the intestine form, together with the rumen microbial protein, the pool of absorbed amino acids known as metabolisable protein (MP), basis for the synthesis of Net Protein or final destination of the N and protein of the diet (meat and milk). Balancing these fractions is a key goal to maximise nitrogen utilisation efficiency. Higher efficiency of dietary N means higher profitability and conversion into product (meat and milk), as well as lower environmental pollution. The inputs that we usually add to the diets of ruminants, do not always allow a good balance of protein nutrition, often leading to excesses of degradable protein or RDP. This harms animal production, affecting health and reproduction, while also impairing the sustainability of production systems.

A ​powerful gift from nature​

The feed market offers natural additives exerting proven effects on the use efficiency of N and protein in ruminants, which help to correct possible mismanagement of dietary strategies due to cost saving or excessive standardisation.

Such is the case of Silvafeed ByPro, a blend of quebracho and chestnut tannins rich in plant bioactive molecules. Regarding protein metabolism, their best-known action, although perhaps not the most important, is their reversible ability to bind to dietary proteins in the rumen and prevent their microbial degradation by releasing them in their original state in the small intestine, as non-degradable protein or RUP ready for digestion. Another effect of Silvafeed ByPro is to decrease the ureolytic activity of ruminal liquor, reducing the rate of urea degradation. This leads to a better synchronisation between ammonia and energy availability for ruminal bacteria. Ensuring a balanced RDP to RUP ratio means increasing the supply of metabolisable protein, with lower ruminal “excesses” of ammonia and, consequently, decreasing the liver load of ammonia and its excretion as urea. Ninety-eight percent of ammonia coming out of the digestive tract through the portal vein is detoxified to urea mainly in the liver, a process that demands energy. This urea is then recycled by the well-known pathways and its excess is eliminated mainly by urine. In this way, Silvafeed ByPro allows to improve the efficiency in the use of nitrogen and energy, which translates into more milk, more protein in milk, more meat, and improved reproduction efficiency and health for ruminants.

The analysis of these mechanisms of action has helped for the definition of the most performing and cost-effective nutritional strategies with Silvafeed ByPro.​ The field experience reports that the inclusion of this blend of quebracho and chestnut tannins in feedlot diets, dosed at 0.15-0.20{c93c05115eae7b2853c4a44517667f24b04dafe21463d3cb653b86ff5269b0fa} of dietary dry matter base, helps to decrease the use of true protein sources, such as soybean meal or others, and replace them with non-protein N (urea) sources, depending on the diet balance and animal requirement. The multiple trials conducted by Silvateam in different environmental conditions have shown that Silvafeed ByPro allows to maintain consistent weight gains (+ 8-10{c93c05115eae7b2853c4a44517667f24b04dafe21463d3cb653b86ff5269b0fa}), while decreasing the levels of raw proteins in the diets to up to 1{c93c05115eae7b2853c4a44517667f24b04dafe21463d3cb653b86ff5269b0fa}, with a direct impact on feeding costs, profitability and the environment.

Likewise, the inclusion of Silvafeed ByPro in the diet of dairy cows shows consistent results in terms of efficiency of protein utilisation, increasing milk production while decreasing the need for proteins in the diets. In grazing systems (alfalfa or winter crops), there is normally a high supply of RDP and the RDP/RUP ratio is imbalanced, most of the time limiting the supply of metabolisable protein below the animal’s requirements. The inclusion of Silvafeed®​ ByPro in these systems improved RDP/RUP ratio, increasing both milk production (1.5 to 2.0 kg/cow/d) and true protein content in milk (+3-5{c93c05115eae7b2853c4a44517667f24b04dafe21463d3cb653b86ff5269b0fa}), and reducing both urea content in milk and N excretion in urine.

All across the world, governments and consumers are putting great pressure on all the food chain players to ensure health and safety for humans, animals and the planet. Overfeeding and unbalanced feeding of dietary proteins result in significant higher costs, lower production, impaired reproduction and animal health, as well as an increase in the levels of environmental pollution.

The inclusion of Silvafeed ByPro in the diets of ruminants allows to partially avoid these unbalanced, energy consuming approaches, improving productivity while ensuring the health and welfare of ruminants, as well as minimising the environmental impact of meat and milk production systems.

Shelter From The Storm | Community 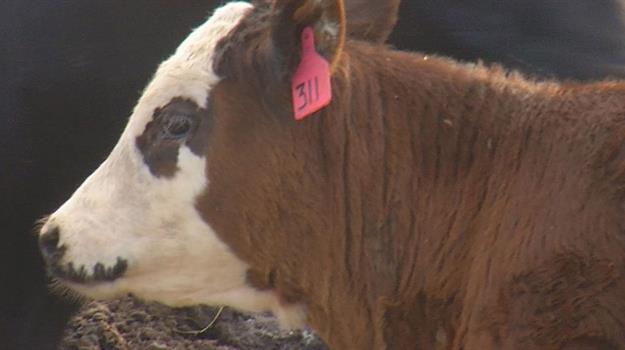