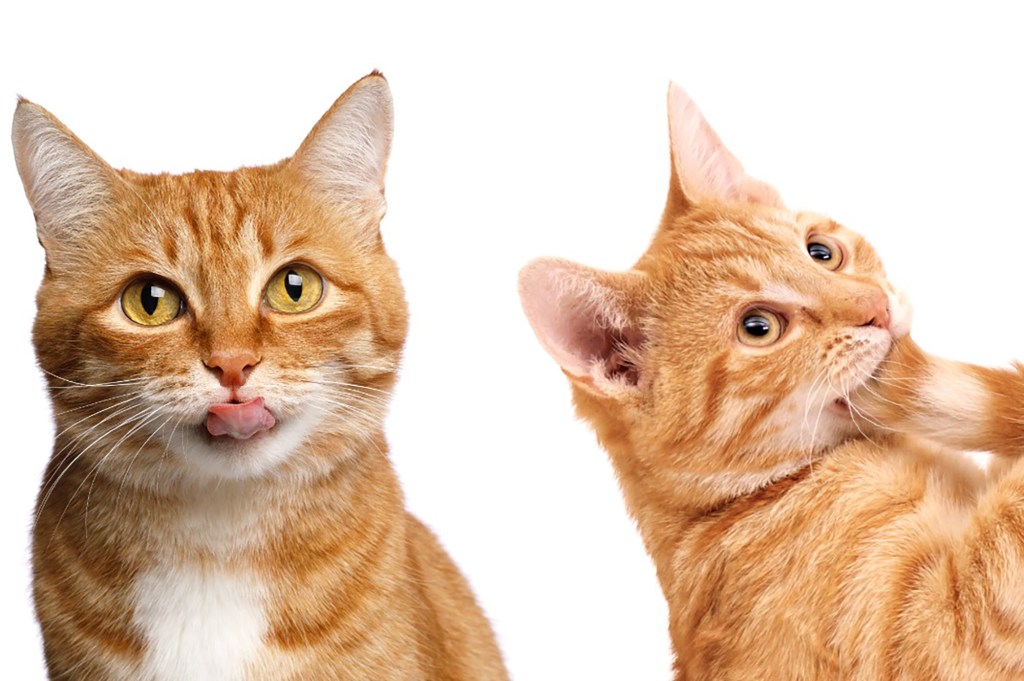 An unnamed Redditor claims they were accused by a colleague of “perpetuating ethnic stereotypes” after reportedly making fun of their orange workplace cat for being “dumb.” The ludicrous story has gone viral on Reddit and Twitter, leaving viewers flabbergasted over the cat fanatic’s overreaction.

“I am crying laughing typing this,” the unnamed cat shamer — who goes by u/throwawayorangecat — said of the spat, which reportedly began after the worksite attracted a dim-witted ginger kitty whom the workers named Jorts. The office is also home to a tortoise-shelled feline named Jean, who has lived at the building for years.

“Jorts is just … kind of a simple guy,” the employee described in the hilarious thread. “For example, Jorts can’t open a door even when it’s ajar — he shoves it whether he is going in or out, so often he closes the door he is trying to go through.”

They added, “This means he is often trapped inside the place he was trying to exit and meows until he is rescued.” Per the thread, this is a big deal, as both cats are fed in the closet and shutting the door locks them both inside.

The accusatory colleague, who was given the pseudonym Pam by the Reddit poster, has tried to teach Jorts how to leave a room with an open door, to no avail.

Things started to go south after the narrator bought a doorstop, whereupon Pam accused them of “depriving Jorts of the ‘chance to learn’ and kept removing it,” per the thread.

Pam then doubled down by establishing “a series of special learning activities” for the marmalade-color moron and posting them as tasks on the staff whiteboard.

“She thinks we need to teach him how to clean himself better and how to get out of minor barriers like when he gets a cup stuck on his head, etc.,” the Redditor explained. “I love Jorts but he’s just dumb af and we can’t change that.”

“Don’t get me wrong — watching her try to teach Jorts how to walk through a door is hilarious, but Jean got locked in the closet twice last week,” they said, adding that Pam “started getting really huffy” after he installed a cat door flap in the door.

However, things came to a head when the poster poked fun at Jorts’ intellect. They wrote that they made “a gentle joke about how you can’t expect Jean’s tortoiseshell smarts from orange cat Jorts, which made Pam FURIOUS” and prompted her to leave the hallway crying. She then reportedly “sent an email to the group (including volunteers) and went home early,” per the post.

That’s when the unbelievable bombshell dropped.

“In her email, Pam said I was ‘perpetuating ethnic stereotypes by saying orange cats are dumb’ and is demanding a racial sensitivity training before she will return,” the bemused Redditor wrote.

Suffice to say, Redditors were quick to eviscerate the poster’s hiss-terical co-worker in the comments section.

“You can’t be racist against a cat, or any animal for that matter,” scoffed one gawker of the laughable allegation. “It’s an animal. Jorts does not care if you think he’s dumb. He will not report you to HR for orangecatphobia. Pam on the other hand might.”

Another wrote, “I know Pam’s behavior isn’t the very stupidest thing I’ve ever heard, but I’m honestly struggling to come up with any stupider ones just at this present moment.”

One commenter wondered why the feline fanatic was spending all her time fretting over the pudding-headed pussycat instead of doing her job.

In fact, the ridiculous grievance went so viral that Jorts even has his own fan club on Twitter.

In a follow-up post on Reddit, the employee has claimed to have since brought up the beef to HR, who reportedly expressed concern over Pam “comparing ethnic stereotypes with giving a cat a doorstop” and pledged to follow up to ensure she “understands.”

“HR also addressed Pam assigning other staff Jorts-related tutoring, as it is not appropriate for Pam to assign others work,” they added.

Nonetheless, the employee admitted that “Jorts deserves to be treated with respect.” They also vowed to apologize to Jorts about “some things that were insensitive,” including letting him sleep in an old boot tray, posting a sign reading “Days Since Jorts Had a Trashcan Mishap: 0″ and using a photo of a sweet potato for his staff bio picture instead of a normal headshot like Jean’s.

“I did not actually know either cat had a staff bio, but we will use a photo of Jorts instead of a sweet potato,” the “penitent” poster promised.

Despite reportedly turning over a new leaf, the Redditor said he rejected an HR suggestion to put Pam in charge of the cats as they are the poster’s “staff.”

Best of all, Pam has been told “NOT to apply margarine to any of her coworkers” after admitting to spreading the butter substitute on Jorts to teach him to groom himself — a measure that reportedly gave his cat sister the runs.

Instead, the OP suggested that Jean “be in charge of helping Jorts stay clean,” adding that “if this task becomes onerous for Jean, we can have a groomer help.”

The update unsurprisingly went viral on social media, with Jorts’ Twitter page joking that he needed a union to protect him from getting “buttered at work.”

“I can’t believe she f–kin buttered Jorts,” exclaimed one Redditor, while another wrote, “this is the comment that is making me laugh so hard my hands are going weak.”

One creative fan even superimposed Jorts’ photo onto a Time magazine Person of the Year cover, with the caption, “I think we all agree @time made a huge mistake today. I demand some recognition for Jorts.” 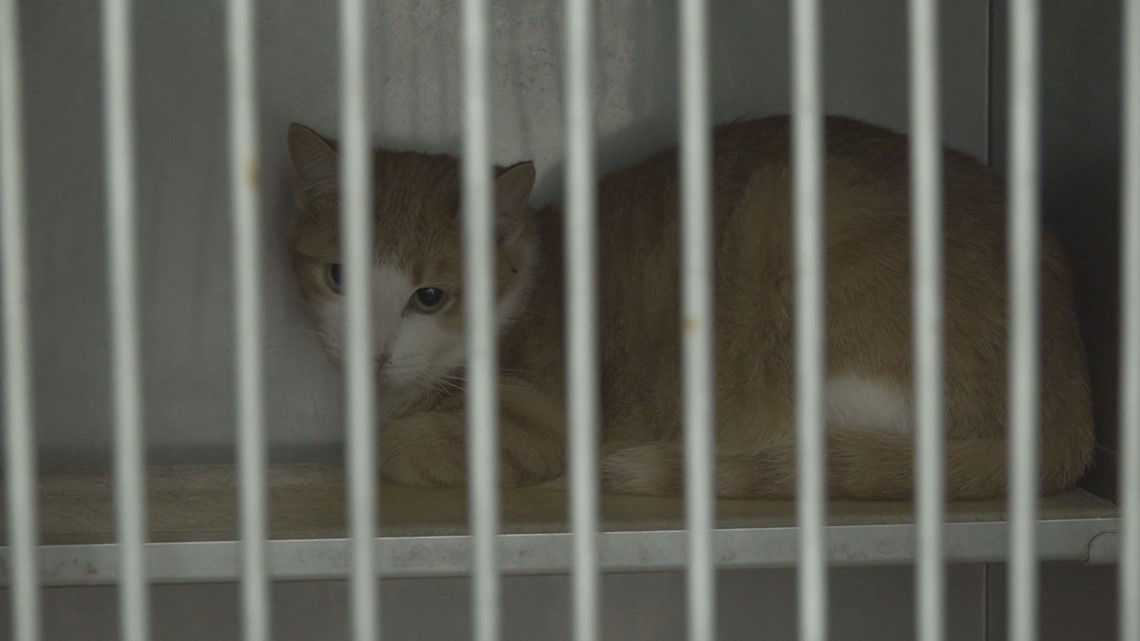 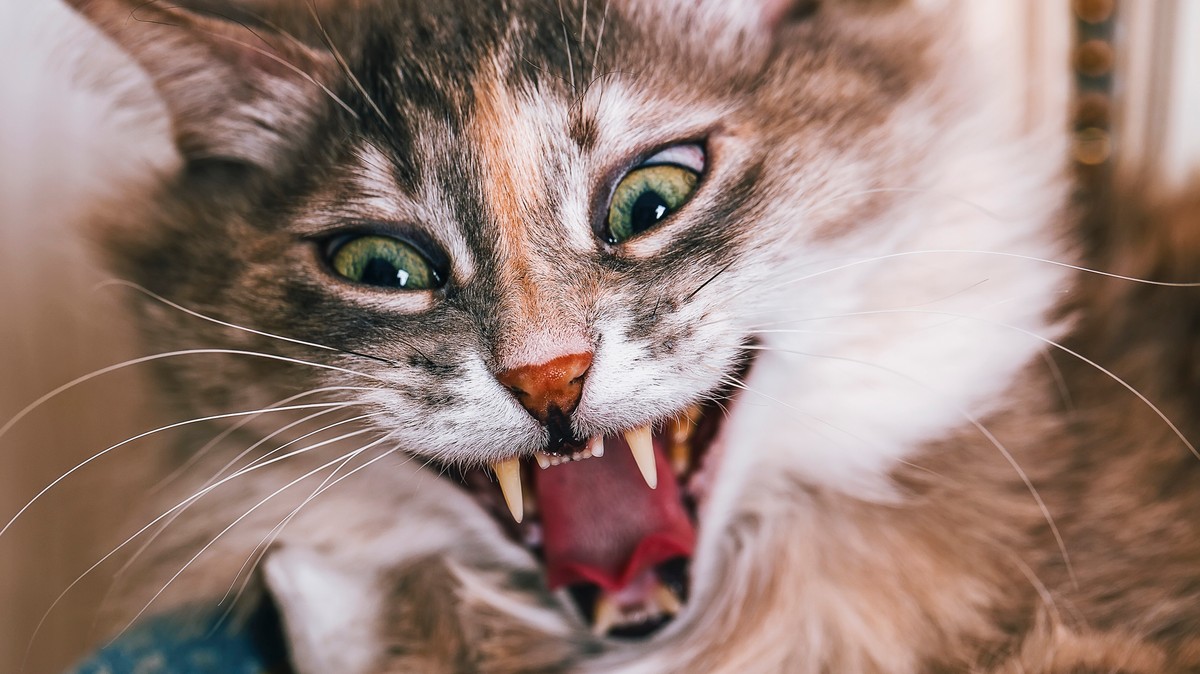 Is Your Cat a Psychopath? Probably, Researchers Say