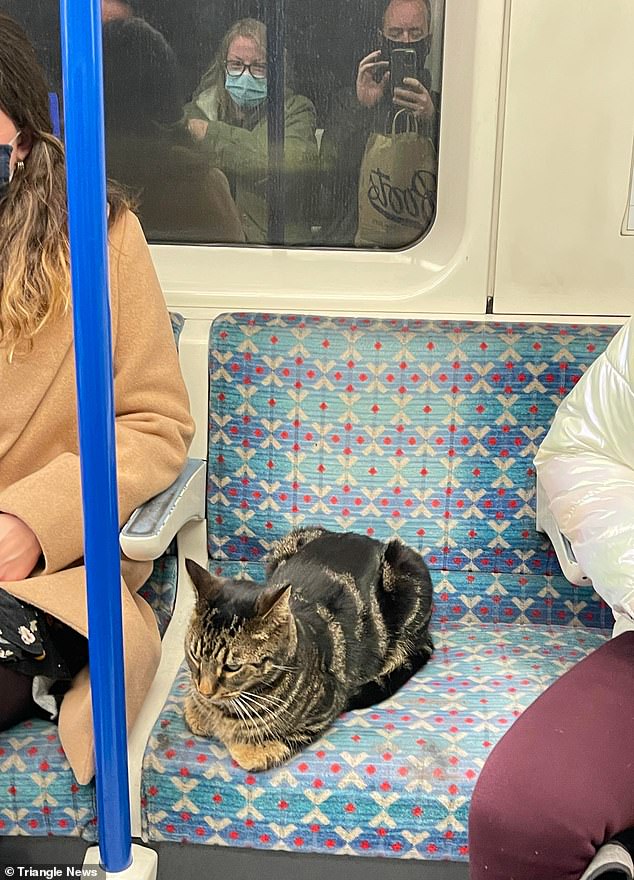 Mind the cat! London Tube commuters are left confused after spotting a feline passenger on the Victoria line

By Jessica Summers For Mailonline

It can take a lot to make harried commuters look up from their smart phones, but passengers on board a busy London tube took notice when they spotted a cat perched on a seat.

The cat, named Kitty, mirrored the confidence of every other Londoner boarding their regular train, when he hitched a ride aboard the Victoria Line Underground service.

He was snapped by passenger Nick Thomson, 50, from Clapham, who explained that he was minding his business on his daily commute when he noticed something was amiss.

‘I wasn’t paying particular attention if I’m honest,’ he said. ‘I was sitting down but then looked up and then noticed that the lady with the camel coat was stroking a cat.’

Luckily, the furry passenger wasn’t lost, but had been let out of his cat carrier by his owner to take a seat on the train.

The business analyst revealed that, for the big city it wasn’t such a bizarre occurrence in the grand scheme of things, saying: ‘Then I thought, yeah, that’s London.’

Nick said he initially wondered if the pet belonged to the woman in a camel coat, pictured sitting to the right of the feline.

‘At first I thought it was her cat, as he was sitting close to her,’ he said.

‘Then the lady with the white coat started talking and it was obvious it was her cat – and she had a pet carrier too.’

Despite the seasoned Londoner not being phased by the feline fuss, he found the rest of the carriage in awe that a cat was so confident at using the tube.

‘The carriage wasn’t that busy, however everyone around us were ‘oohing’ and ‘aahing’ at the situation.’

‘Kitty was nonplussed and groomed himself a couple of times, moved around the seat then sat back down.’

Nick added: ‘The owner didn’t explain why he was out of the carrier.’

‘But to be fair she didn’t need to, it was a lovely thing to see.’

‘He didn’t flinch when we stopped at the subsequent stations, with the noise, people getting on and off.’

‘However when it was their time to get off at Vauxhall, he wouldn’t get in the carrier and she carried him close to her chest.’ 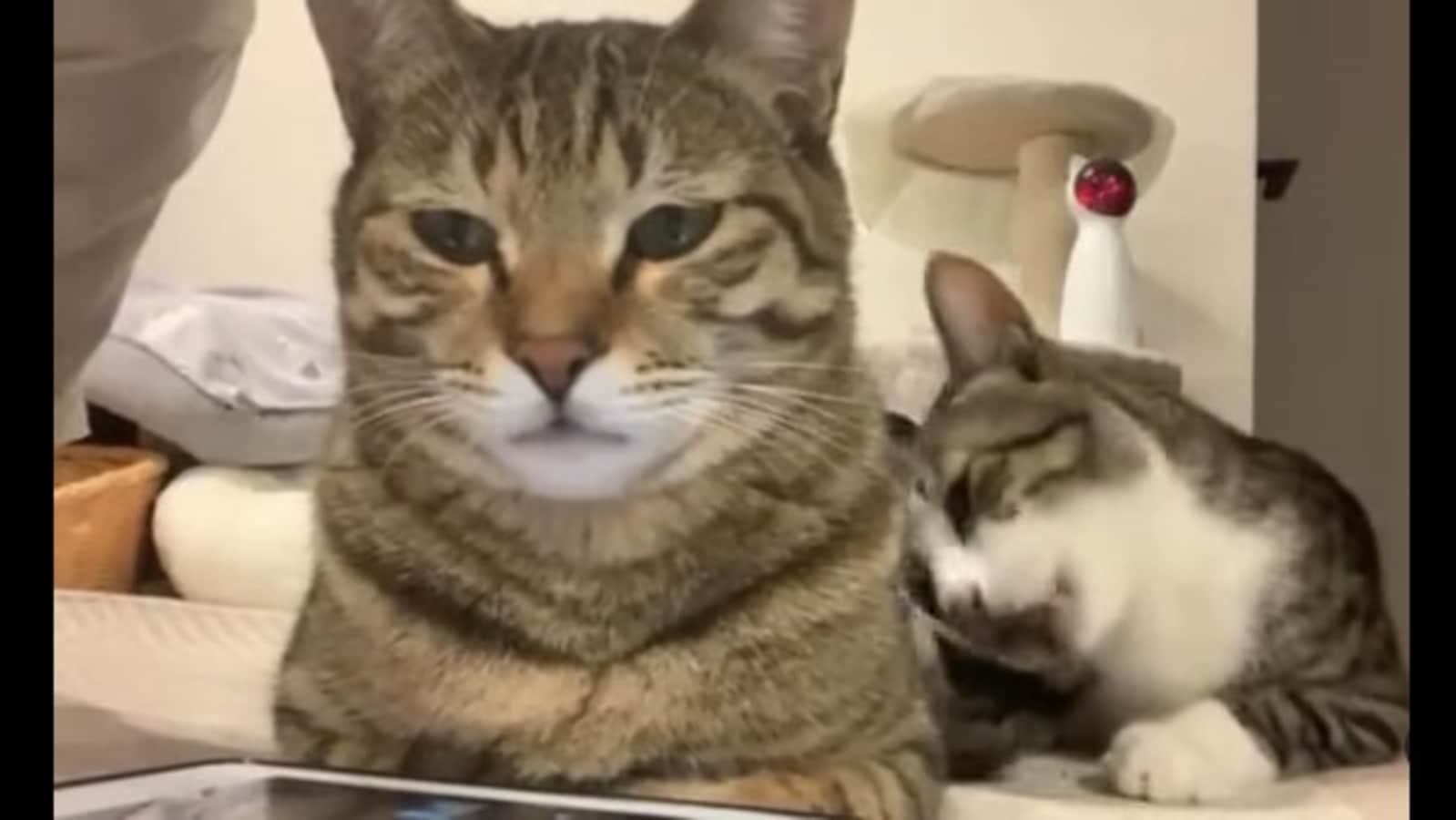 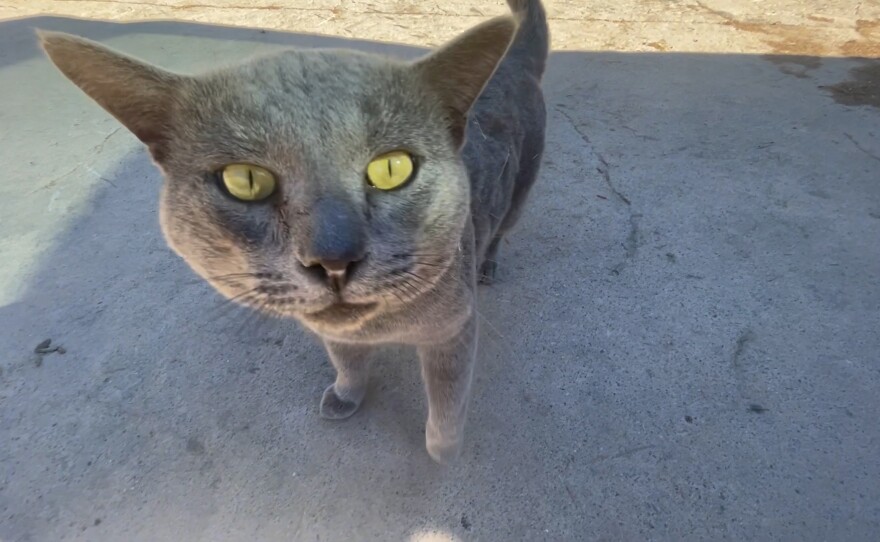 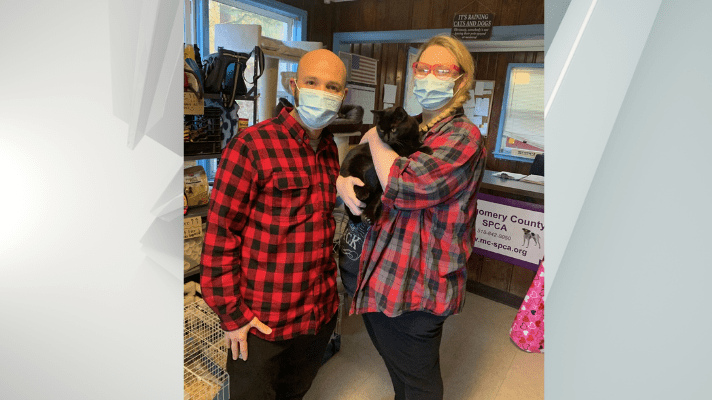