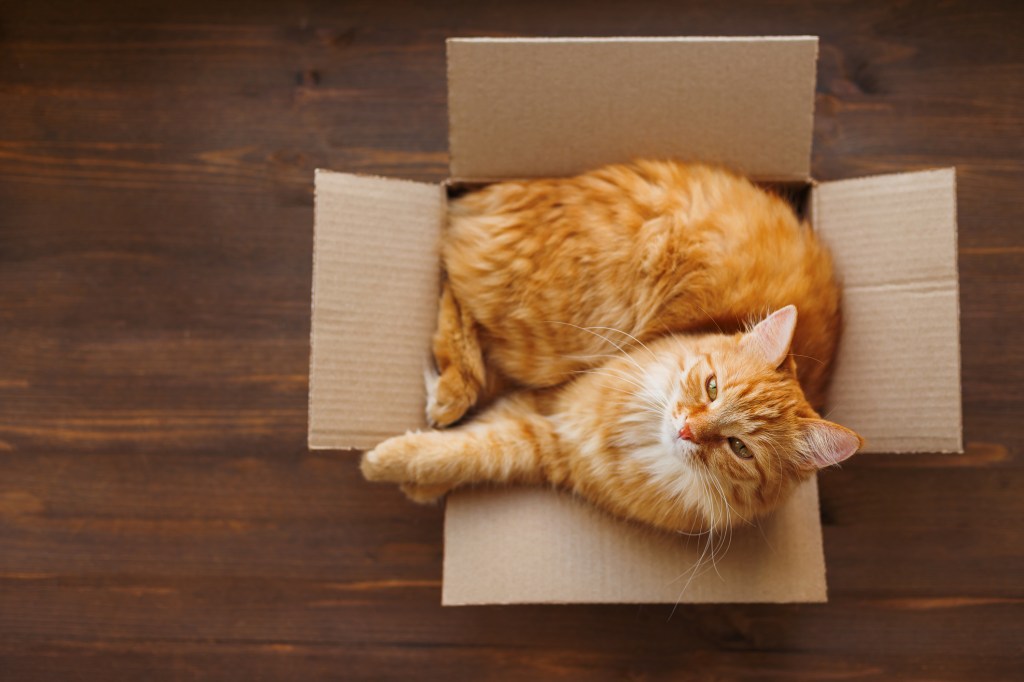 DEAR JOAN: Seven years ago, I lost both of my cats within weeks of each other. I took it very hard. They had been my constant companions for a number of years, and I just didn’t think I could open my heart again.

But I missed not having cats, and when a friend found herself with two cats that she couldn’t take in, I decided maybe my heart had healed enough. I am so glad I decided to take the risk, even though I know I’m opening myself up to heartbreak later on.

The cats are such a joy to me. They aren’t quite kittens and not yet adults, and they are so fun and playful. They both like to snuggle, one in my lap and one beside me in my chair.

Having cats again has also reminded me of some questions I have about their behaviors. One rubs his head on me frequently, and I don’t know what that means. They both like to get in boxes and that made me wonder, because my other cats did it, too, and I’ve seen a lot of videos with cats trying to squeeze into boxes or vases that don’t seem to be able to hold them.

For more wildlife, garden and backyard topics, sign up for our new, free Flora+Fauna newsletter.

DEAR LOIS: First, my condolences on the loss of your two furry pals. It’s an absolute crime that our pets don’t live as long as we want them to, but then again, forever would seem too short. And congratulations on finding the strength to love again. I’m sure your new cats already are mending your broken heart.

As for the cat behaviors, your cat rubbing his head against you is not only a sign of affection, it’s a way of marking you as his person. It’s called bunting, and when he does it, he’s releasing pheromones, marking you as his.

Now, that might seem a bit creepy, but in this case, he’s just letting other cats know that you hold a special place in his life.

As for cats trying to squeeze into teeny spaces, it might appear the cat has no awareness at all of its own dimensions, but there’s actually a very good explanation for it. Cats don’t like wide open spaces, and they feel much more secure and safe when they’re in a more confined space, or at least one with definite borders and boundaries.

It relates back to when cats lived in the wild. They had to be on constant guard against larger predators and dangers, so snoozing in the middle of an open field was not something they would do. Instead, they would conceal themselves, and if they could find a spot that was protected on all sides, that was gold.

Cats also like to nestle into spots where they can quietly observe prey, and launch themselves at it. Small spaces are great for that, too.

DEAR JOAN: In reference to one of your answers about why large flocks of gulls are congregating in Crystal Springs Reservoir, when I asked about the same thing at Guadalupe Reservoir near San Jose, I was told that the gulls were not seagulls, but a smaller, freshwater breed.

I don’t remember who told me that, so I wouldn’t bet on it.

DEAR WILL: Technically, there is no breed of gull called a seagull, but the person who told you might have been referring to California gulls, which do tend to hang out inland, making seasonal visits to the coast.

Have a question for Joan?

Use this form to submit questions. Photos should be mailed separately to [email protected]

Gary the Cat finds endless adventure in the Rockies