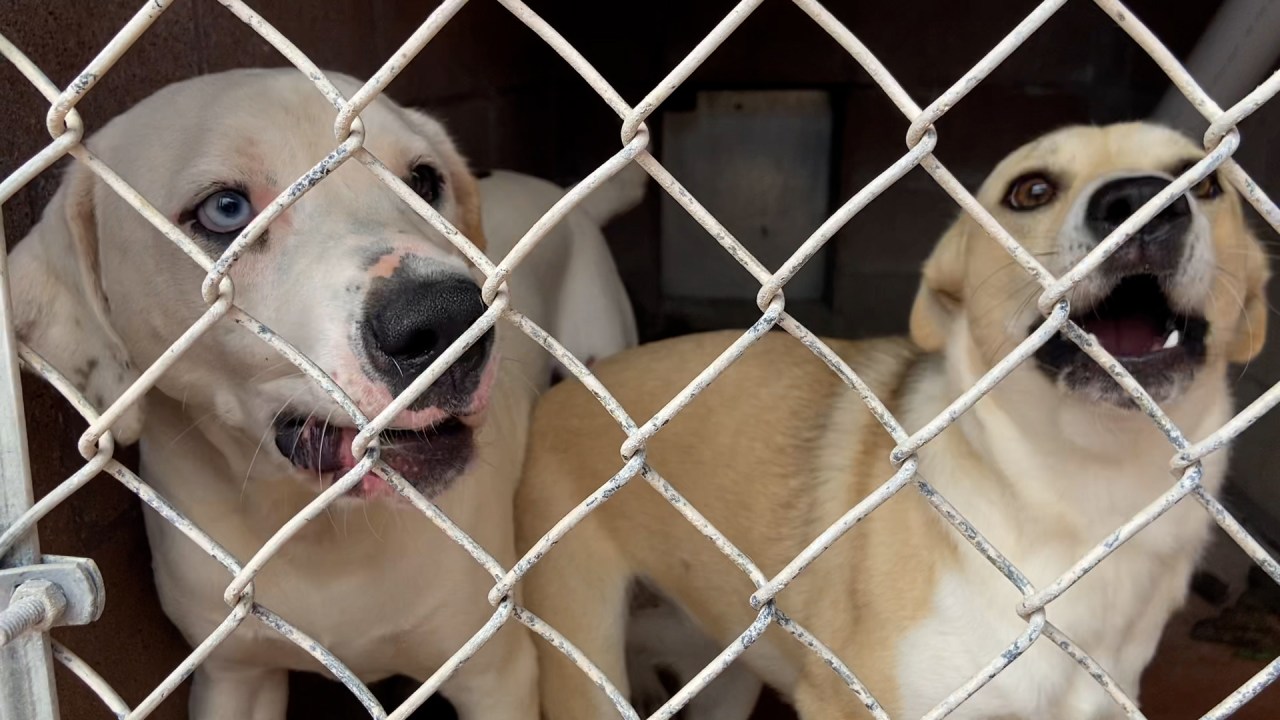 BUCKHANNON, W.Va. – Imagine being sent away from your family to a strange, noisy place where you have to learn a new language and completely new rules. Robin Keough, a volunteer at Luv 4 Animals, said that’s how pets feel when they are placed in an animal shelter.

“Being in the shelter is stressful for them. Many of the dogs, their owners have died, and that’s why they came to the shelter, or they’ve been strays. They’ve been on the street for a while. They’ve had to fight for food or find food out in the countryside. Or, their family moved, and they had to bring them in and leave them, so the dogs have just gone through a lot of changes.”

Although it’s tempting to love on a new pet, Luv 4 Animals recommends that new owners give the pet time and patience to adjust to life in their new home. The amount of decompression time necessary can differ from dog to dog. The pet rescue said two weeks is an average, but some dogs need as long as a month or more. This time gives the new owner the opportunity to get to know their new pet, too.

“Every dog is different,” added Karen Sanford, another volunteer at Luv 4 Animals, “Some dogs like to be petted, and some dogs not so much, so that gives the adopter time to find out, ok, what does the dog like?”

One of the main tips, Robin said, is to keep the pet in a calm environment and to hold off on showing off your new shelter pet at the dog park.

Robin recommends setting up a crate with a blanket over it and a toy or two inside to give the dog a safe place to go and rest.

“The crate is a time out,” Robin explained, “It shouldn’t be a punishment for the dog.”

Having a set routine of when the dog is fed and walked can also help with post-adoption jitters and house training. Although a dog might have been trained previously to use the bathroom outside, they might need time to learn a new schedule and new rules. Getting together with your family and deciding what language to use for training (sit, stay, off, etc.) can help the dog understand what is expected of them. Robin said even old dogs can learn new tricks.

“I have brought senior dogs into my home, and they have bonded to me so fast, and been loyal and faithful, and they have the ability to hold their urine, and they don’t want to soil their home environment, so they’re actually easier to train than a puppy,” Robin expressed.

As you are training your dog, you may also have to train your children to respect the dog’s space. Luv 4 Animals recommends teaching children not to:

“Sometimes, the children are so excited, and they think this dog is going to be like a stuffed animal for them that they can hug and hold and dress up and everything. Some dogs will tolerate that, but a lot of dogs don’t like that,” Robin explained, “You’ll need to give the dog space, and let the dog learn to trust you and to come to you for affection.”

One important thing to remember, Robin said, is to not let the dog loose and expect the dog to know how to get back home. New dogs can easily wander and get lost. And, it’s important to take pets, even new ones, to the vet regularly for a check-up.

“We get some dogs adopted here, or brought in here, that the family says, well, they’ve turned mean. It as a nice dog, and now if the kids pet it, it’s snapping at them, or the dog isn’t house trained anymore,” Robin added, “A lot of these dogs come in and they might have a terrible ear infection, and that’s why the dog has been snapping. You think how bad your ears hurt if you have an earache. These dogs can get ear infections, too, and that causes them to be mean. Or, Lyme Disease causes joint pain and discomfort, or some of these old dogs have arthritis , and they need a little bit of medicine to help them through that. So, adopting a dog, the adoption fee may be very low, but it’s a financial commitment, too.”

In addition to dogs, Lewis-Upshur Animal Facility has cats available for adoption. Some are neutered and some come with a voucher for $50 off neutering. The adoption fee is $15. Another way to help rescue animals is through donation. Luv 4 Animals said to message their Facebook page for information on how to donate. Pets of the week