Britain is in the throes of a huge dognapping crime wave. This is extremely distressing in this nation of animal lovers, another emotional lashing in a strange and terrible time.

The humane societies and rescue charities in Britain say they have never seen anything like it. Animal welfare investigators — pet detectives, really — blame the pandemic. The demand for dogs is massive, but there are few for sale or adoption. So crime bosses are now puppy brokers.

In the United States, the most famous recent case involved Lady Gaga’s French bulldogs, Koji and Gustav, stolen from her dog walker, Ryan Fischer, who was shot during the dog robbery in West Hollywood.

Parliament is debating tougher laws after being handed not one but two petitions, with hundreds of thousands of signatures, urging authorities to make dog theft a serious offense, punishable by eight years in prison and $7,500 in fines.

English law treats dogs as property, with punishment commensurate with the value of the object. In practice, that makes a dog’s value equal to a stolen microwave, TV set or mobile phone — a few hundred dollars or less. Petitioners want this to change — to make the offense more akin to the kidnapping of a member of the family.

There’s some hysteria in all this, of course, stoked by the tabloid newspapers and goaded by social media rumor. Not every missing dog has been purloined by fiends.

“It’s the worst I’ve ever seen, and I’ve been in the field for 35 years,” said Wayne May, police liaison with Dog Lost, Britain’s largest lost-and-found dog service.

May said thefts reported to his organization have increased 250 percent, year-on-year.

“That’s over 400 cases, just in England, just reported to us,” he said. “This isn’t a dog that’s run off. This is a reported case of theft.”

Investigators talk about the emergence of a new “puppy mafia.” They say some of the same traffickers who usually deal in prostitution, drugs and gun sales have turned to Labradoodles, unscrupulously exploiting the exploding demand.

“The cost of a puppy has considerably increased over the past year, making this a lucrative market for organized criminals to exploit,” said Amanda Blakeman, the National Police Chiefs’ Council lead for acquisitive crime.

Britain is only beginning to stagger out of its third national coronavirus lockdown, and the months of shut-in life under strict stay-at-home orders have made many people hungry for the (mostly) unconditional love of four-legged companions (who need lots of walks and food).

A dog that would normally cost $500 is now $2,500 or more — if you can find one. Even rescue shelters are out of mutts. An Internet search for available dogs for adoption in the London area showed only a few dogs here and there. Brits looking for companions have started rescuing dogs from abroad.

“Prices for puppies have gone through the roof,” said Jacob Lloyd, senior investigator for Animal Protection Services. He described a new “Wild West” of dog wheeling and dealing.

And so organized criminals have stepped into the void.

Investigators describe a sophisticated chain of criminality, from opportunistic theft to puppy mills to shady sales.

May said a typical case might involve a small breeder who advertised on the Internet for puppies for sale at her home. A scout might take a look at the mom and pups and case the place for entry and exit, and thieves return later.

May said he “did not want to be a scaremonger” and stressed that it was “very rare” for a dognapper to accost an owner while out on a walk with a dog. But it has happened.

Former amateur boxer James Cosens says he fought off two snatchers, one with a knife, who tried to grab his 20-week-old collie, Rosie.

Cosens told Wales Online: “In order to get away safely, the only thing I felt I could do is hit first to try and have the element of surprise. The first punch I threw managed to floor the man holding Rosie, but he still had a tight grip on her, so the altercation moved onto the floor.”

When thieves manage to escape with dogs, they tend to quickly sell the males. The females they send to illegal breeding farms, which operate far outside the norms of the Kennel Club. One such operation was discovered by police who arrived on the scene with warrants to look for guns, not dogs.

James Parry, a lawyer who prosecutes dognapping in British courts, said police “have only just woken up to the importance of these cases.”

He pointed to recent raids at illegal kennels housing as many as 80 dogs, many suspected as stolen.

He pointed out that a mobile phone stolen from a house might be worth only a few dollars but that the right dog could fetch thousands on the black or gray markets.

After a litter is born, the offspring are often sold via a sketchy sales force operating out of parking lots and rental homes. The sellers display a kindhearted face to get emotional buyers to pay thousands of pounds for pedigree breeds, designer mixes or mutts.

“No papers, no shots record, nothing, and they pay 3,000 pounds [more than $4,000] in a parking lot for a sick puppy,” said Lloyd, of Animal Protection Services.

He noted that British law requires puppies to be first seen with their mothers, microchipped and accompanied by paperwork from licensed operators. The chips can be removed via crude surgery, or crimped by a pair of pliers, or disabled by the use of powerful magnets.

Jon Gaunt is a gamekeeper at a pheasant-hunting and equestrian estate in southern England. In May, thieves deployed hydraulic cutters to snap his locks, entered his dog kennels and stole three of his springer spaniels.

Authorities later found one running loose. Gaunt suspects the dog was dumped. Another is still missing. But the third turned up, he said, in a police raid in September at a site occupied by travelers, sometimes called Roma, where 46 dogs were found, plus puppies. Several arrests were made.

What people — and police and Parliament — don’t seem to understand, Gaunt said, is that while a litter of puppies now is worth about the same as a few kilos of cocaine, for its owners the loss of a treasured pet is far more painful than having to replace a stolen big-screen TV.

“They’re not stealing your mobile phone — they’re stealing a member of the family,” Gaunt said. When someone leans over your garden wall and takes your dog, he added, “they’re taking much more than a thing.”

7 of the Top Pets and Animals Influencers on Instagram 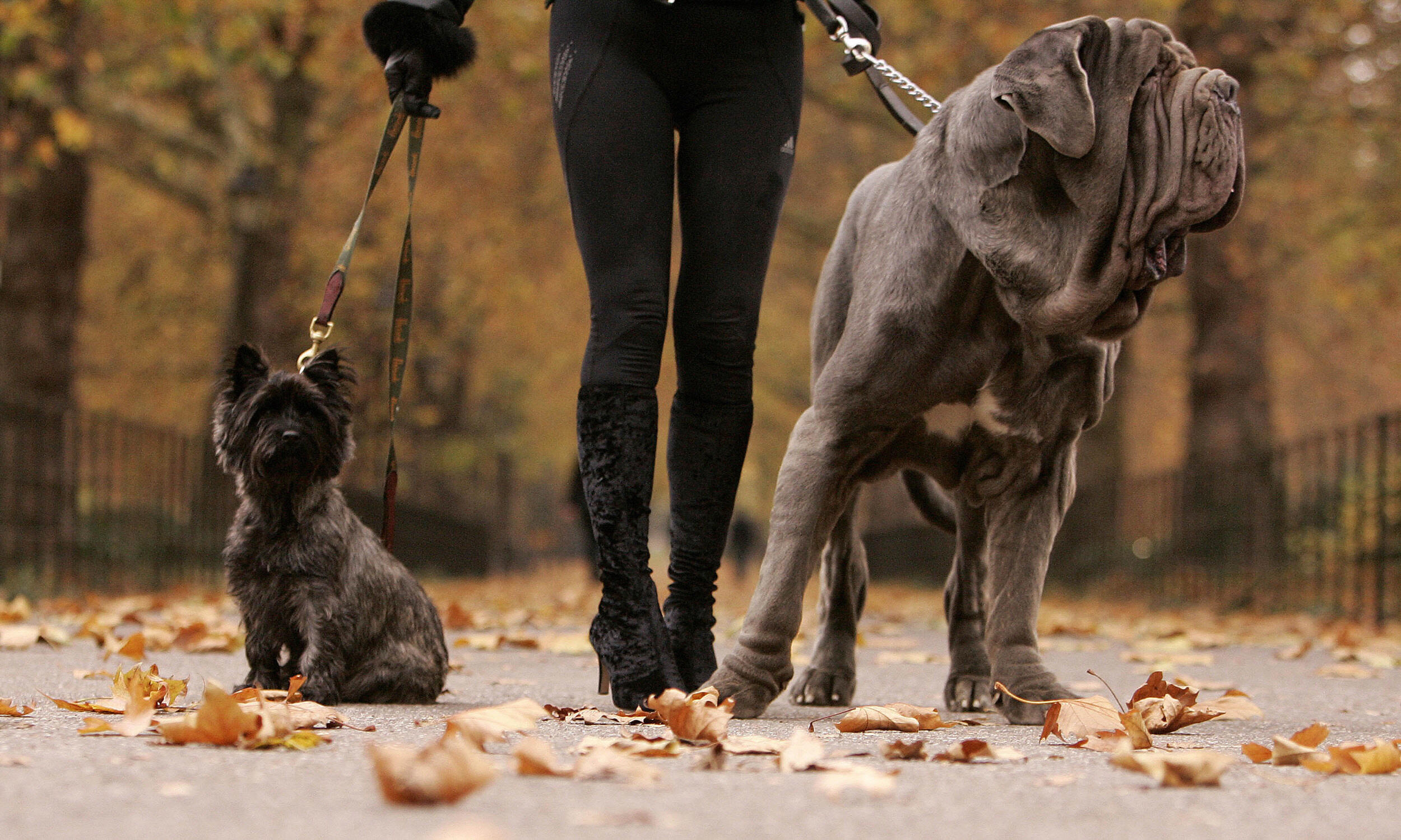