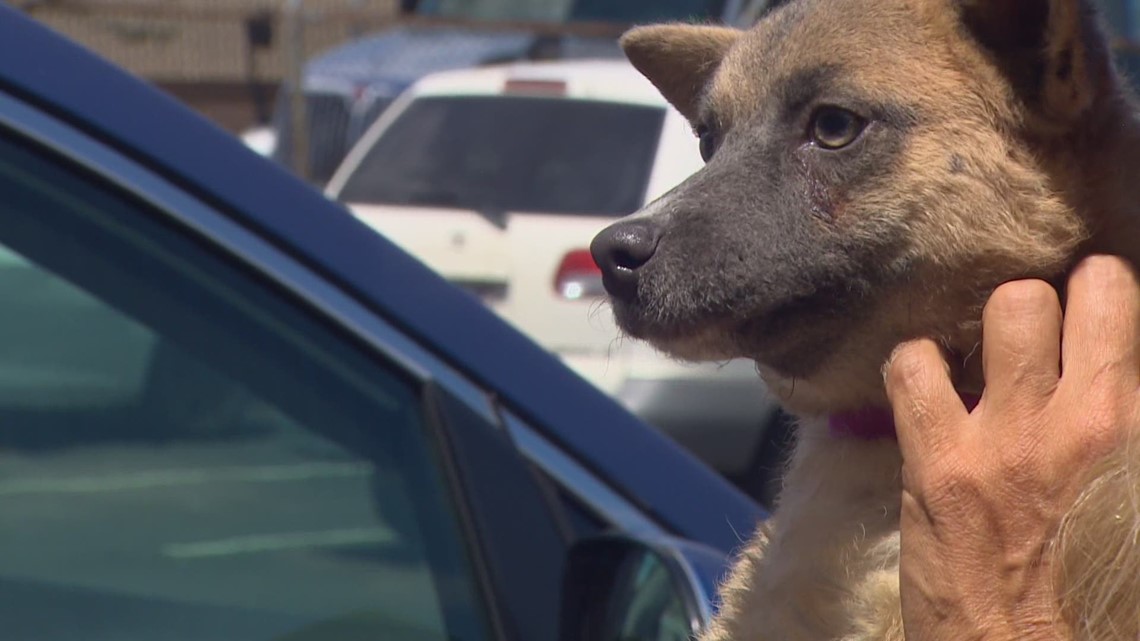 After a lull during the pandemic, animal shelters across the country are becoming overcrowded, forcing some rescue groups to think outside the box.

SEATTLE — It may be one of the more unfortunate signs that things are getting back to normal after the pandemic, animal shelters across the country are filling up. In some areas, that means thousands of animals could be put down.

Some rescue groups are taking desperate steps and bringing animals to the Pacific Northwest in the hopes of finding families. It’s something they did before the pandemic but they said there was a lull in activity during COVID-19.

Saturday, the group Project Outbound teamed with a local radio station to host an adoption event at the Carpet Liquidators in south Seattle. After a few days in the car and a few thousand miles of road, they arrived with the precious cargo Saturday afternoon.

Debbie and Loren Heiland came over from Seabeck to meet the Texas pup they connected with through the rescue group’s website. The couple’s other dog died last month from illness and they were anxious to rescue again.

“I fell in love with her almost immediately, she’s just so sweet,” said Debbie.

RELATED: People are returning so many Corgi puppies, rescuers can’t take in more

Prospective parents are vetted by the rescue group. The face-to-paw love connection seemed instant for the Heiland’s and the dog they decided to name Daisy.

“She’s falling in love with him,” Debbie said as her husband held the dog. “She’s a little cutie,” she said. “Have you ever seen a dog with green eyes?” the clearly smitten new puppy mom said.

What happened for Daisy is the reason Robin Linn spent more than 40 hours on the with the dogs. It’s the second time she’s driven to western Washington from Texas this month.

“Fort Worth shelter is over capacity, they are 146% capacity for cats and dogs,” Linn said. “They have dogs kenneled outside in the Texas heat and they issued their first euthanasia list in the last three years.”

The problem is not new in Texas but it slowed down during the pandemic. The issue has now returned and the numbers are staggering.

“The rescues are overwhelmed, I wish to say I was the only one doing this but I know of three other (rescues) that came up this weekend, too,” Linn said.

Linn has saved about 4,000 dogs over the years, just like the puppy Daisy. Linn said she keeps the photos on her phone for inspiration when she gets discouraged. Saturday, she will focus on celebrating Daisy’s new life and the new families found at the event.

Project Outbound is already planning two return trips to Seattle for the coming weeks. One event will allow them to deliver animals that have already been matched with families through their website. They are planning another adoption event at Seattle’s Carpet Liquidators in August. 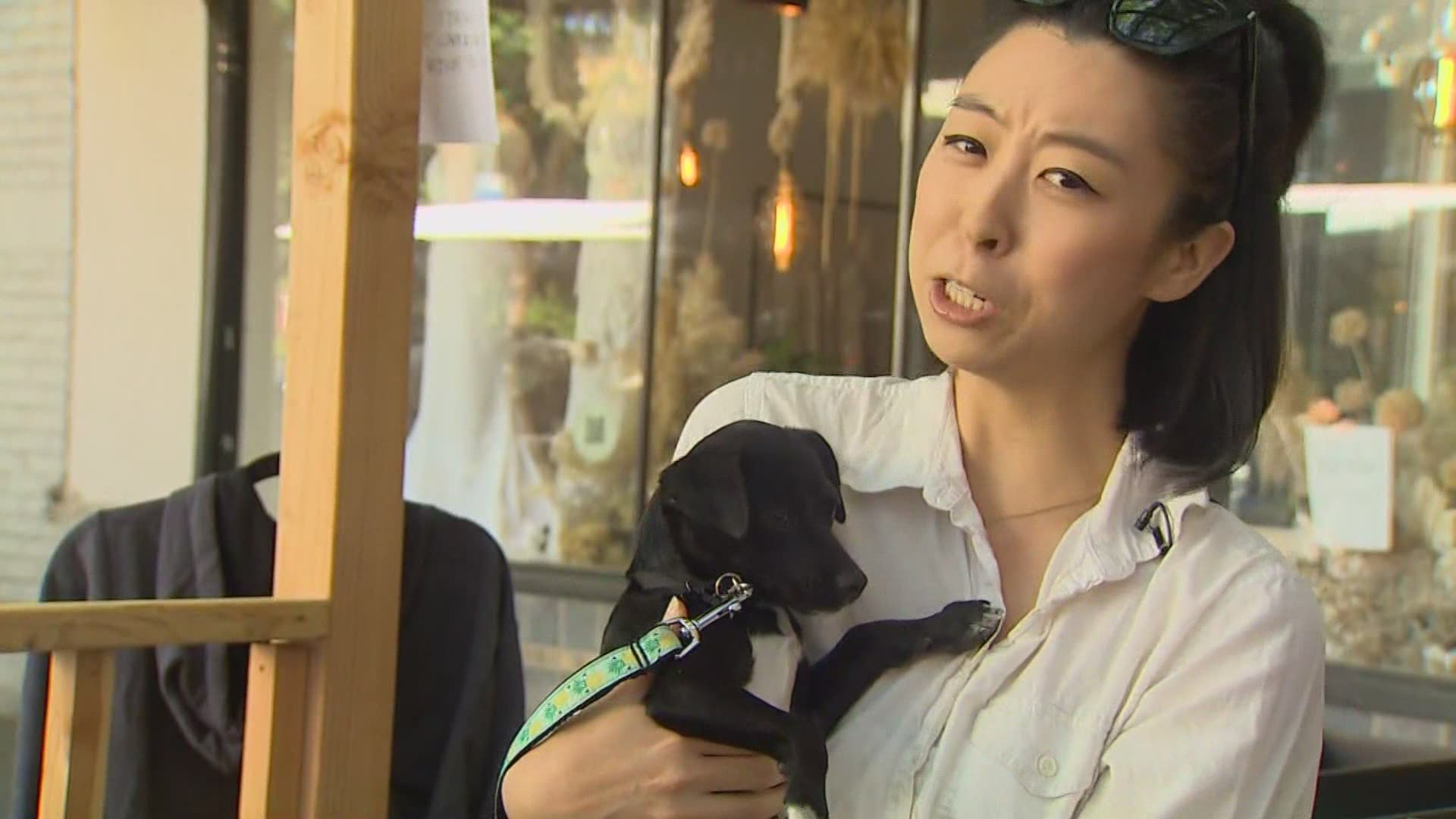 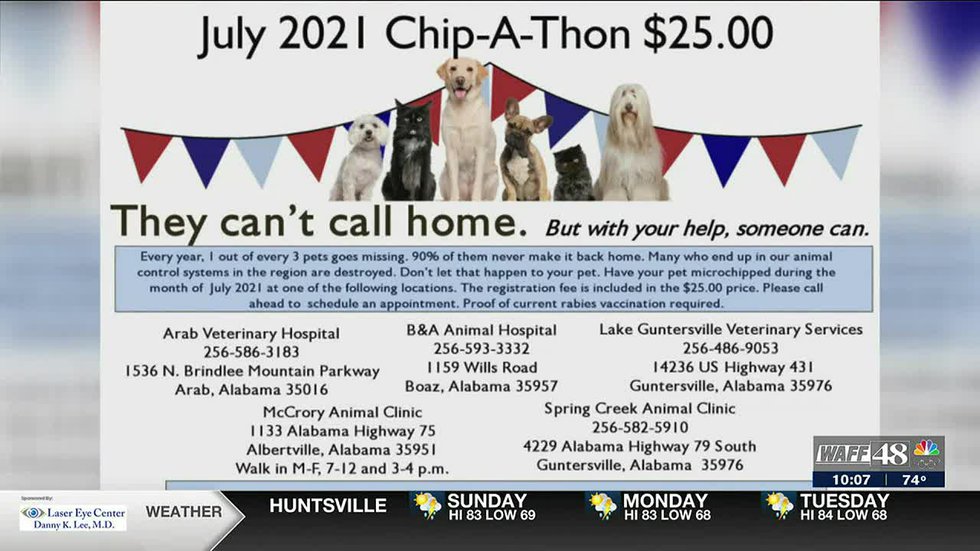 People continue to agonize about pets left behind