During the following decade, various dog, cat and other pet food facilities installed solar and wind plants or otherwise converted to renewable energy sources. While renewable energy is an important part of economic and environmental sustainability, installing solar panels or raising a wind turbine can be more expensive than many pet food companies can afford. What’s more, renewable power plants aren’t always viable options, depending on the location, and they do little to reduce the amount of greenhouse gas already in the atmosphere or address other problems like habitat loss.

On the other hand, planting trees requires only a shovel, a seedling and some sweat. Along with absorbing carbon dioxide, trees provide homes for a wide range of animals, plants and microbes. For people, trees provide fruit, nuts and shade. By shading a pet food facility, trees reduce heating costs in the summer and reduce the strength of winds in winter. As local food trends catch on, there isn’t a much more local food source than an apple or native persimmon tree on a company’s own campus. Trees provide aesthetic benefits and morale boosts. Trees create the opposite of the “broken window effect,” by which a shattered pane can reduce perceptions of security and property value. A meta-analysis published in Ecological Economics reviewed evidence that tree cover improves property values. For pet food industry companies, organizing employees into tree planting brigades builds a sense of comradery and shared purpose beyond profitability. Watching a seeding one has planted grow connects an employee to the facility where they work and encourages a sense of nurturing and belonging to a physical space in a way that simply working there does not.

Tree planting by dog, cat and other pet food companies and suppliers

A handful of pet food companies have launched tree planting campaigns, such as Rachael Ray Nutrish in 2009 when the company promised to plant a tree for every bag of pet food sold. However, the number of pet food companies involved in reforestation efforts seems low. Considering the low cost and numerous benefits, tree planting seems to be low-hanging fruit for boosting pet food industry sustainability. Pet food producers and suppliers could replace non-native grass with native trees and reduce facility maintenance costs. Similarly, encouraging employees to plant trees in their yards could reduce mowing while providing food and shade, as outlined by the Arbor Day Foundation’s Backyard Woods project. Pet food company employees don’t even have to plant the trees themselves and could instead fund reforestation efforts, such as the organizations Trees for the Future or the Green Belt Movement.

At the 2021 United Nations Climate Change Conference (COP26) in Glasgow, Scotland, UK, leaders of 100 countries pledged to halt or reverse deforestation by 2030. Greenhouse gas pollution gets much of the attention as a cause of climate change. However, the loss of forests contributes to climate change in numerous ways, from methane-producing termites feeding on scrap wood to increased surface heating, along with the lost intake and storage of carbon by those felled trees.

At COP26, Amazon founder Jeff Bezos said his Bezos Earth Fund would dedicate US$2 billion to restore ecosystems and develop agricultural systems that cause less habitat loss and environmental degradation. As Amazon’s profits go to benefit the Amazon rainforest, pet food companies too may find ways to restore ecosystems, even if they don’t have billions to spend. Shovels and seeds are cheap. 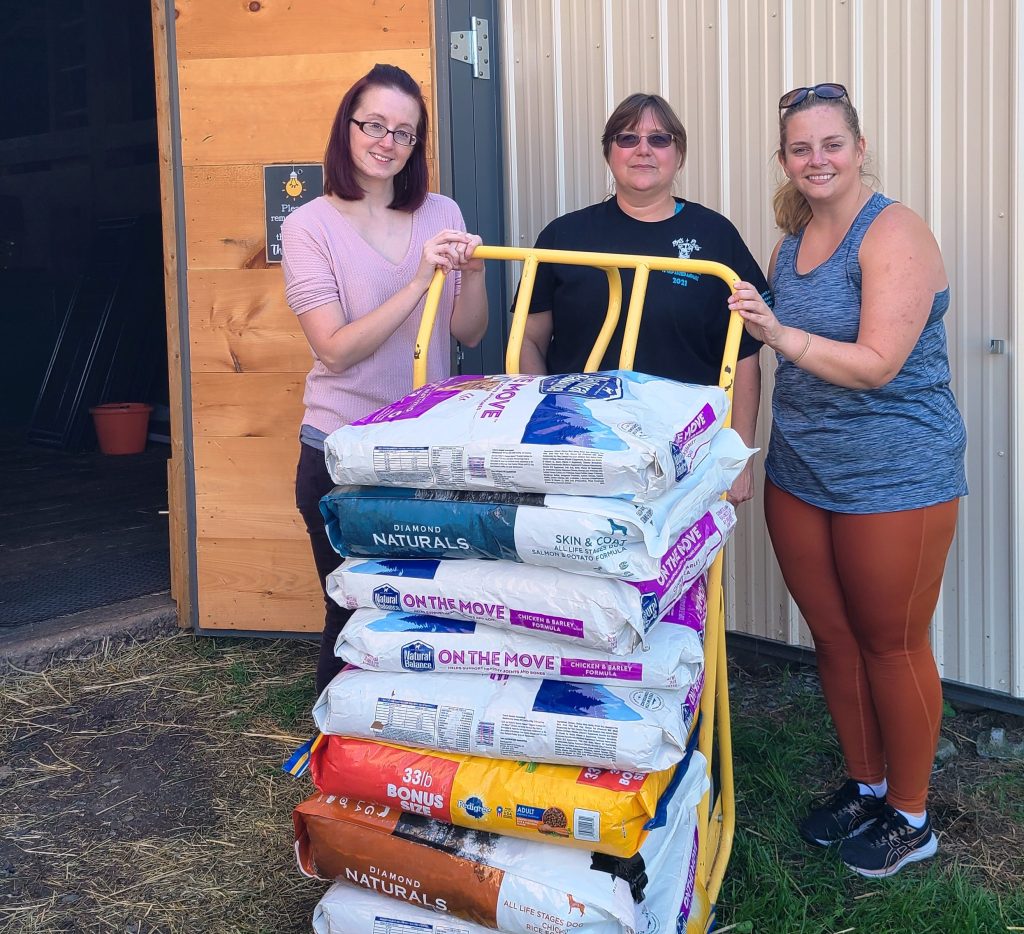