Over the weekend, his wife Jody announced they had not only accomplished that goal – but collected a total 23,000 pounds of food by the time the drive ended last Friday.

“Ahwatukee, Ocotillo, Chandler & Tempe you did it,” Jody announced on her Facebook page. “We can’t thank the community enough for your generous donations. It was so awesome to see the food banks swamped with food.”

She said the most food was dropped off at the Zzeeks on the southeast corner of 48th Street and Warner Road, followed by their Ocotillo location at 4050 S. Arizona Ave. in Ocotillo.

The Pectols also had been collecting bags of food at their other Chandler and their Tempe pizzerias. Donors who didn’t have a chance to drop off food are now asked to call 480-824-8482 to find out how they can help.

“We just wanted to create awareness and hopefully people will continue to donate to their local food banks,” Jody said Sunday.

The drive’s overwhelming success drew kudos from Tim Berry, a director at Help for the Homeless AZ, who thanked the Pectols for taking the lead.

“I love when the community comes together to help all of God’s creatures in need,” he posted on social media.

Even before they kicked off the official pet food drive two weeks ago, Mark Pectol said they had thousands of pounds of dog and cat food brought to their stores.

He credited his and his wife’s long history of community involvement with the drive’s success.

Tia Hoyes, who runs the Chandler Pet Food Bank on behalf of the Salvation Army, said the need for donations is dire.

“We did not have any [pet food] coming in,” Hoyes said. “There’s been a dry spell since the pandemic has calmed down a little bit and people are starting to feel comfortable with going out and doing things. So, people are forgetting about the need.”

She said they’ve seen an increase in the number of people driving their pets to a secluded area and releasing them and suspects many are families that can no longer afford to keep feeing them. That’s where her organization comes in.

It provides families free pet food so they can keep the pets in their homes. She said she first noticed a problem during the 2008 financial crisis, when a lot of people were forced to abandon their pets. She suggested it may be worse now because of the pandemic.

“I think it’s pretty bad, things are really ramping up,” Hoyes said. “A lot more people are aware of problems now, … so we have a lot more groups that we’re able to network with.”

While grateful to the community, however, Jody offered a sobering fact:

“Sadly, this food won’t last that long. In one day they handed out 80 bags this week.

We need to remember to donate to the food banks and the shelters all year long. We will do another drive in the spring. People think this food will last a year and sadly it will probably be out in a couple of months. But I think a lot of people really felt good knowing that many families were able to keep their pets with them with the help of this food.” 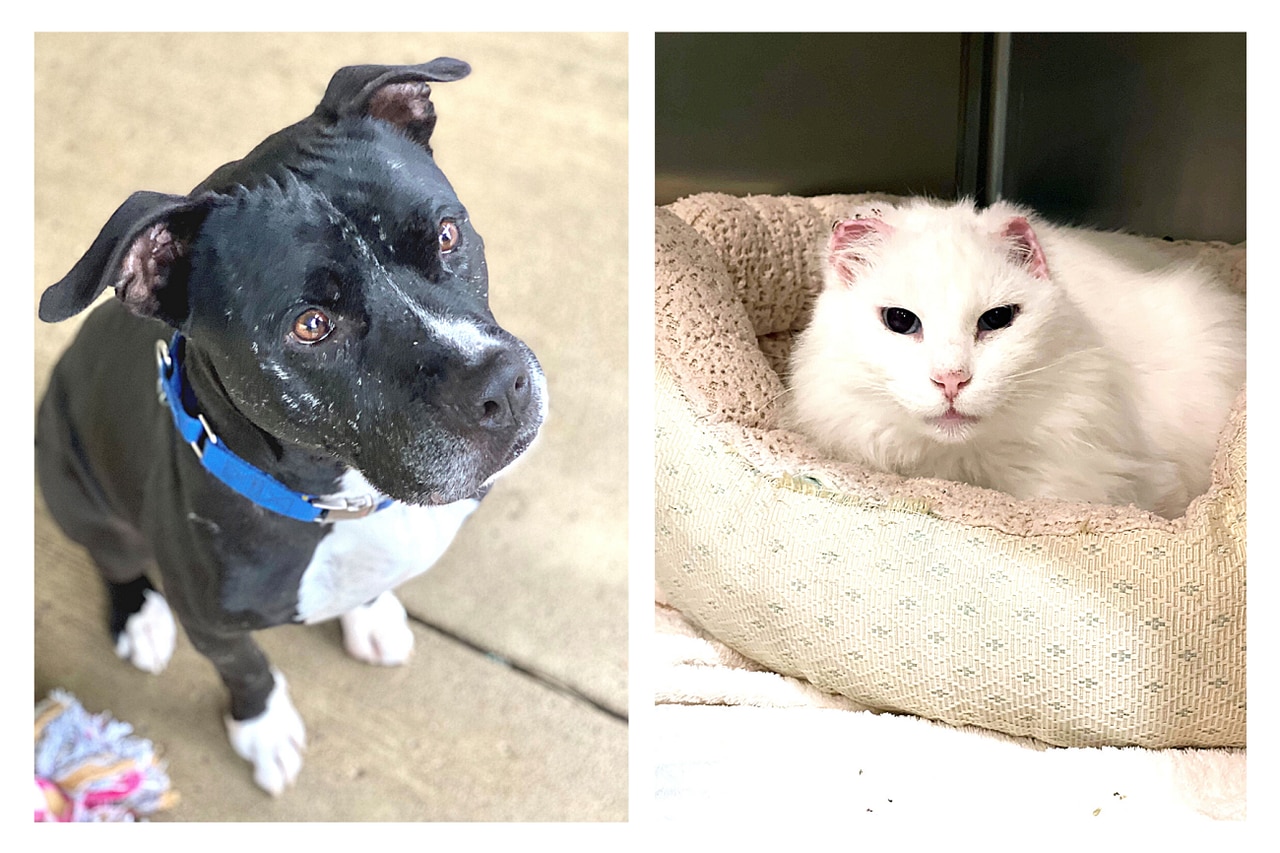 Pets of the week: Lady Bird is a cancer survivor. Roco has unique markings